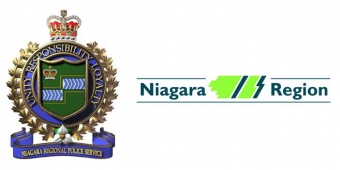 We would like to take this opportunity, on behalf of the Niagara Regional Police Service and the Regional Municipality of Niagara, to announce that your new Police Headquarters / #2 District, located at 5700 Valley Way, Niagara Falls, ON, L2E 1X8, will officially open on Tuesday, September 20, 2016, at 6:00AM.

It has been a long and complicated process, but we are proud and honoured to announce that a significant milestone was achieved today. In being granted substantial performance / completion, today, the Niagara Regional Police Service can now begin to take occupancy of the facility.

This purpose built-police facility has resulted in significant operational and economic efficiencies. As a result of this transition, the Niagara Regional Police Service will permanently close and vacate five (5) separate facilities. Front-Line police services in the cities of St. Catharines and Thorold will continue to operate out of 68 Church Street, St. Catharines until such time as a new facility is constructed on Welland Avenue in St. Catharines beginning in 2017.

This is an exciting time of organizational change for the Niagara Regional Police Service. Nearly six hundred (600) of our sworn officers and civilian members will transition to our new facility, over a five (5) week period. This facility represents an enormous step forward for public safety in the Niagara Region and will allow us to better serve the residents and visitors of Niagara for many, many years to come.

We look forward to celebrating our new facility with our members of the communities we serve. A Grand Opening date and dates for public tours have not been announced yet but will be announced in the near future.

As we move through our multi phased move plan we will be sharing key dates in service location changes with the public via our social media and our public website (click link below).