Horses, a country road and a barbecue #notl 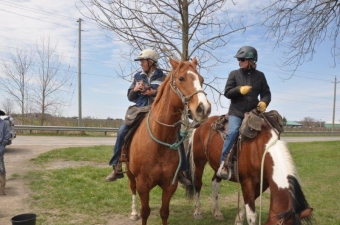 Horseback riders just love April -- it is the time of the year, they can get out and about on their horses and enjoy a good trail ride, or a ride in the ring. For the members of the Upper Canada Equestrian Association, it is no different.

The members of the club kick off their monthly rides every April on the Upper Canada Heritage Trail in Niagara-on-the-Lake. A trail that stretches (or at least it used - but that's another story) from York Road in St. David's to the Town of Niagara-on-the-Lake. The riders enjoy this as their first ride of the season, as it is an easy trail to ride that lets them get their legs back and not over work the horses - many of which have had the winter off from riding. Often it is the first ride that new members to the club come out to as well.

The week prior to the ride, club members go out to the trail - each taking a portion of the trail to clean, (de-litter) - just in case you have seen the garbage bags along Concession 1.

Before the closure of the top portion of the trail from York Road, there were usually two groups of riders - one group started at the staging area on York Road, the second group off Regent St. in Niagara-on-the-Lake. Both groups would ride to the centre point where a picnic area is set up and where the sign is telling about the Upper Canada Heritage Trail. Now, riders only ride from Niagara-on-the-Lake to the picnic area.

When they arrive, the non-riding members of the Upper Canada Equestrian Club have a barbecue going with hotdogs and hamburgers, drinks and treats for the riders. Everyone hangs around and talks while eating and enjoying the spring weather.

Today, there were two visitors who stopped after driving by and seeing the horses. Both gentlemen were very interesting to talk to. The first gentleman, remembers when this club, others, and the Town were negotiating how the old rail line would be used. That was some 40 years ago he said. He remembers his father not being keen on the idea of horses on the land! But he, on the other hand was for it and argued with his father about it.

The second gentleman drives carriages in town and just stopped to say hello and find out who we were and where we all came from.

We also had a family on motorbikes and ATVs drive past twice on the trail. They were very courteous and slowed as to not scare the horses. Another set of youngsters on dirt bikes were not so courteous. Luckily, the horses were more interested in the fresh, green grass than the motorbikes.

All in all a great ride for the UCEA. Next month it's the Short Hills Provincial Park after their annual Trail Riding Clinic. And June they hold their annual Nikki Aitken Trail Ride for Breast Cancer. This fundraising ride has been going for 25+ years raising over $30,000 for cancer. One year, the ride drew 76 horses to the event. It was quite the site.

To learn more about the Upper Canada Equestrian Club visit their website: www.uppercanadaequestrian.com 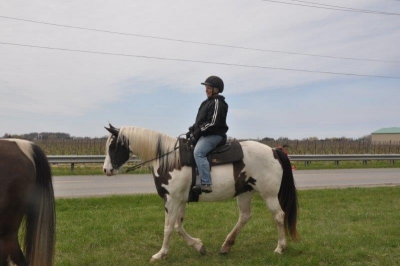 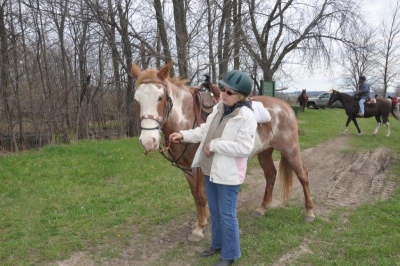 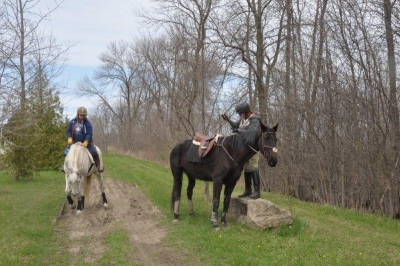 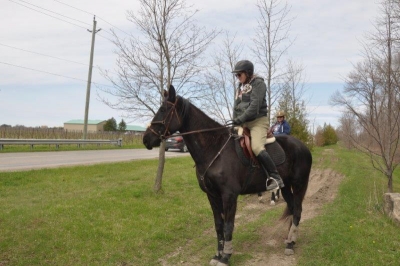 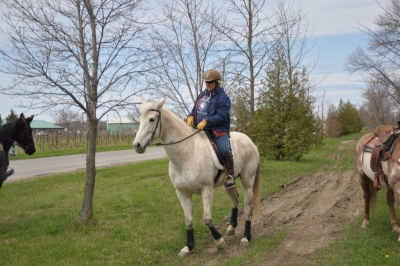 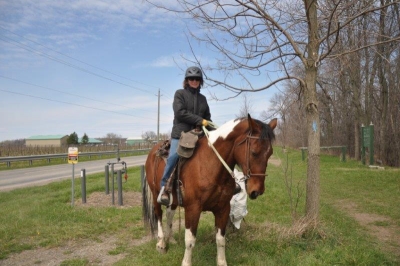 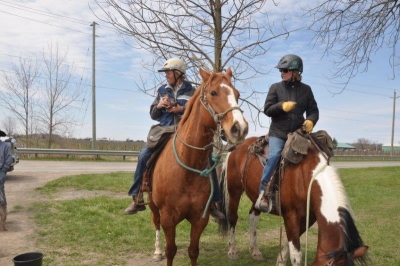 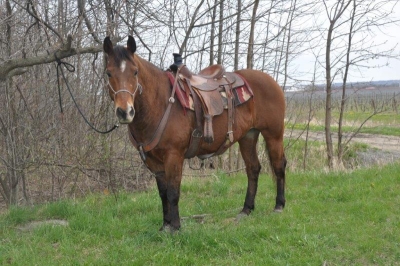 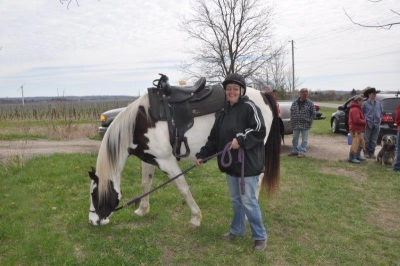 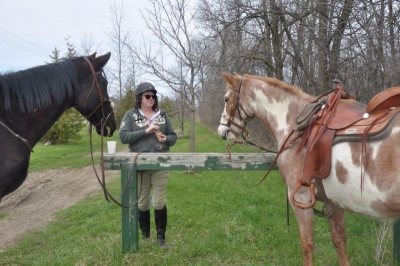 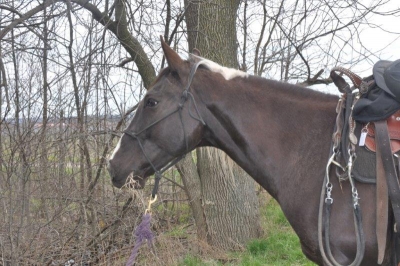 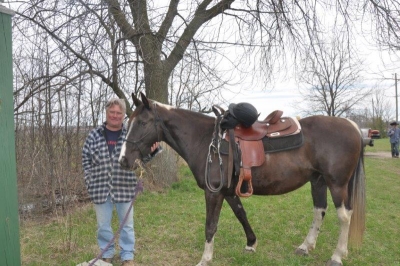 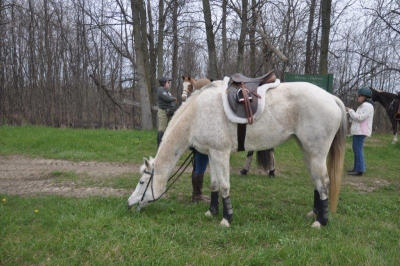 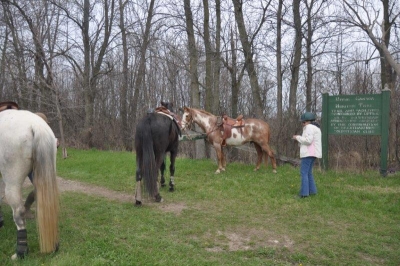 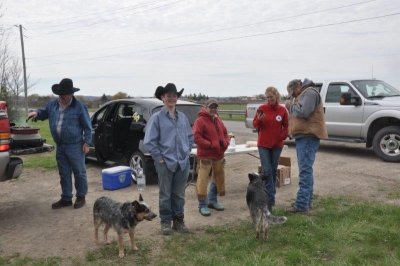 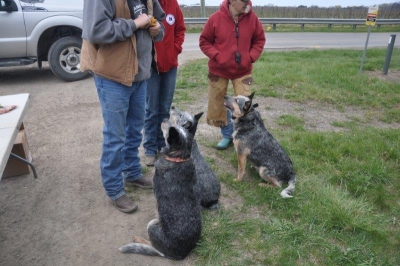 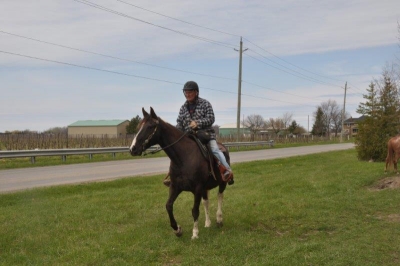 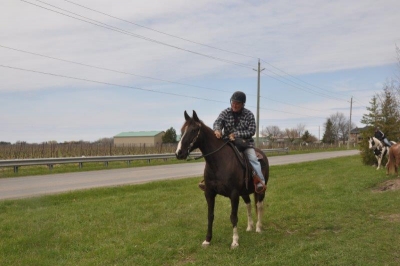 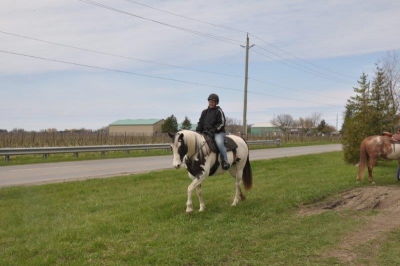