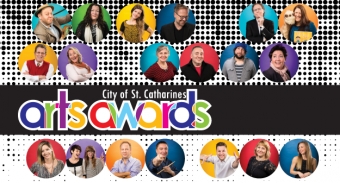 On Saturday June 4, 2016 the City of St. Catharines will celebrate excellence in all areas of artistic creation and contribution, honouring local artists and cultural leaders and their achievements with awards handed out in 6 categories.

The nominations are in and they are:

Arts in Education Award Sponsored by The Pen Centre

Patron of the Arts Award Sponsored by Sullivan Mahoney LLP

The arts groove is on with a night of performances, awards and local celebration!