Thanks for the Best Pelham Summerfest Yet 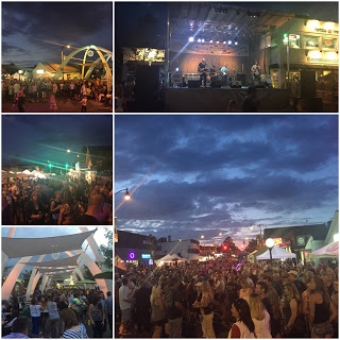 On behalf of Council and the community, thank you to the 2016 Summerfest Committee, Town Staff, service club and other volunteers for your hard-work and dedication and to the many generous sponsors who made this year’s four-day Summerfest the most successful yet!

Second, thanks so much to Town Staff! Thanks to Vickie van Ravenswaay, Sally Jaeger, Jodi Hendriks and other staff who helped organize the overall event and worked with the Committee to ensure success. I also appreciate the many Town staff who volunteered in one capacity or another – from setting up, to serving beverages, to cleaning up – throughout the four days; thanks for giving your time to our community. And, thanks to the (mainly) Public Works staff who worked during the Festival on logistics, garbage and recycling duty, and ensured the safety of participants and all the major clean-up!

Third, thanks to the very many members of the Town’s service clubs – including the Fonthill & District Kinsmen and Kinettes Clubs, the Fonthill Lions Club, and the Fonthill Rotary Club – for helping serve beverages and greeting patrons. We couldn’t have done it without you!

Finally, thanks to you and the more than 30,000 other people who enjoyed Pelham Summerfest over the festival’s four days! Your attendance and community spirit made it a huge success!

All of this work and participation – including the visit by Tourism Minister Eleanor McMahon, the amazing performances by Jully Black and the many other performers, the participation of

Carlos and Suki from YTV, and the addition of a Sunday Car Show – helped make the 2016 Pelham Summerfest the best ever!

On behalf of Council, I appreciate the vision, dedication, and tremendous work by so many volunteers and staff to celebrate our vibrant, creative, and caring community! Thank you and congratulations on a resounding and overwhelming success!