From “Sprawl” to a “Complete Community” 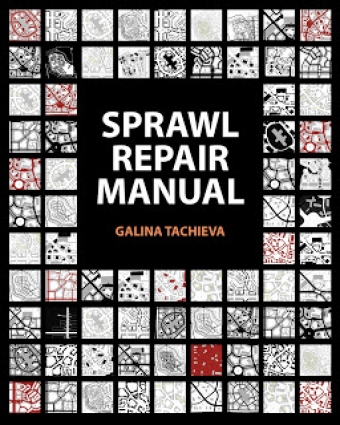 I keep the “Sprawl Repair Manual” by Galina Tachieva on my desk at home. The work “presents a
comprehensive methodology for transforming sprawl” along with “implementation techniques” for
“rebalancing suburbia.”

Why? Well, I hate to point out that much of Pelham developed as sprawl.

During the late-1800s and early-1900s, development in the former Township of Pelham and Village of
Fonthill grew along traditional coach routes (like Canboro Road) and at crossings along the TH&B
(through Fenwick) and NS&T (through Fonthill) railway lines.

But, the advent of the automobile quickly changed all that.

For example, only in a car-centered-culture would one build a high school on some of the best tender
fruit land and on a (then) Provincial Highway.

Similarly, prior to the hundreds of homes around it, the Pelham Arena was erected in the mid-1970s in a
farmer’s field and far from restaurants and retail.

In fact, much of Pelham’s previous residential development sprawled across farm lands and forests.
These now-mature residential neighbourhoods from the 1970s and 80s contain more than 50 cul-de-sacs
or courts! That’s quite different than traditional neighbourhoods of College, Emmett, Elm, Burton and
Chestnut streets.

Previous Councils also expanded the Town’s “urban boundaries” – the areas in which one can develop.
The +500 acres in East Fonthill and “Lookout Ridge” were added in 2000. Significant developable lands in
Fenwick – from Cream to Balfour and between Memorial and Welland Road – were added in 1990.

Once approved, these urban-land-rights last forever, guaranteeing a development future for Pelham.

Given this history, how does one “repair” the sprawl and foster a more “complete” community?

We started by revitalizing Downtown Fonthill and Fenwick; in addition to rebuilding the streetscapes,
one-third of the buildings on Pelham Street have recently improved their façades and added residential
units.

We’ve also encouraged walking and cycling by building more than 13 km of sidewalks, 9 km of bike lanes,
7 km of trails, and 5 crosswalks. Now – 53 years after it opened – we’ve approved extending a sidewalk
to Crossley. We’ve also discouraged car use by initiating Pelham transit.

We approved plans for East Fonthill that include wide-sidewalks and trails and a road network that links
to existing streets; to enable these plans, we’ve even removed houses were future streets will go.

We’ve insisted on street-facing commercial development and on as pedestrian-friendly-as-possible
parking. We continue to call for rear-lanes and we protected key environmental features.

Instead of consolidating services into a central building, we’re revitalizing the Maple Acre Library. And,
we’re constructing the new Pelham Community Centre near other amenities – like stores and
restaurants, and a future medical centre, retirement home, and other “mixed-uses.”

Finally, we remain committed to the Town’s urban boundaries and increased the protections on the
Fonthill Kame.

Correcting Pelham’s sprawl isn’t easy, but Council and I will persevere toward that goal.


Please contact Mayor Dave at mayordave@pelham.ca  with questions or ideas for future
columns. Please read past columns at www.pelhammayordave.blogspot.com .