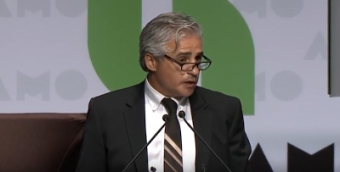 Last week, the Province introduced legislation that included mandating the election of all Ontario’s
Regional Chairs by the public-at-large, starting in 2018. While this push toward a more accountable and
democratic election alarmed a few folks in Niagara (including our current Chair), those watching the
Municipal sector weren’t surprised.

First, during the Association of Municipalities of Ontario conference in August, the Hon. Bill Mauro,
Minister of Municipal Affairs, called for changes to increase the “accountability and transparency” of
Regional Councils.

Second, Niagara stood as the only hold-out Region that still wanted to appoint the Chair from among
members of Council. All other areas either already elect their Chair of Regional Council at large, or were
working toward doing so.

A bill to elect the York Regional Chair at large was recently before the Ontario Legislature. And, in 2013,
Peel Regional Council directed staff to report after the 2014 election on options to directly elect their
Chair for the 2018 municipal election.

Finally, with the next municipal election two years away, the Province needed to announce changes now
to give various municipalities time to appropriately adapt.

Surprisingly, some suggested that it would be too difficult for Regional Chair candidates to campaign
across the equivalent of four Federal ridings that cover our peninsula. Interestingly, Niagara would
actually be the smallest area: 4 ½ ridings cover Halton Region; 5 ridings cover Waterloo; and 5 ½ ridings
cover Durham.

Similarly, some suggest that the cost to mount a campaign would keep good candidates out of the race.
While the spending limits in Halton, Waterloo and Durham are higher than it will be for Niagara
(estimated to be $306,0000), the most any candidate spent in those campaigns were nowhere near the
limits. Winning candidates spent $16K in Halton; $56K in Waterloo; and $74K in Durham.

With this latest improvement, candidates for the Chair’s position will have to put together a vision that
would appeal to all of Niagara. This would be similar to the visions that Mayoral candidates present to
the public – but it would be for all in the peninsula.

I believe that this change would will help us to work together to become more open, transparent,
accountable, and democratic in Niagara.

Lets’ embrace this improvement because publicly electing the Regional Chair will help pull the views and
hopes of our Region’s citizen’s together and can become an important and unifying force for moving
Niagara forward.

You may read Mayor Dave’s past columns at www.pelhammayordave.blogspot.ca .