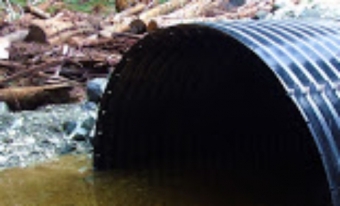 During our last meeting in December, Council approved the Town’s 2017 Capital Budget. The
nearly $11 million budget includes many continued improvements to Town infrastructure.

Summersides Boulevard: Council re-approved the construction of a new street linking
Downtown Fonthill (by extending Pelham Town Square) with Wellspring Way and Rice Road. The
street will include a centre boulevard, trees, and wide multipurpose sidewalks/trails on both
sides. Council will name it after Jim Summersides, a World War II veteran of the elite, joint
Canadian-American “First Special Service Force,” a dedicated member of the Royal Canadian
Legion (Fonthill Branch 613), and a volunteer public speaker to school children about the
travesties of war.
While much of the Eastern section was constructed as a base road last year, we have to
complete the planning approvals to finalize the last, Western leg (closest to Station Street).
Council is committed to constructing this road to help better link Downtown Fonthill to other,
newer developments. The road will also help open up opportunities for further residential and
mixed-use development.

Station Street: As the Town continues to grow, Station Street between Regional Road 20 and
Port Robinson is becoming a more important transportation link. At the same time, improving
the storm sewers on Station (which are currently open ditches) will help with storm water issues
in areas above Station Street. Finally, the aged watermain needs upgrading; each year we
continue to remove and upgrade the old, cast iron pipes that are susceptible to leaks and
cracks. Because of these challenges, the Town applied for funding from the Provincial
Government to improve Station Street; we look forward to hearing funding news in early-2017.

Haist Street: While we have reconstructed most of Haist Street over the years, we are now to
concentrate on the Southern section. Council approved funds to start reconstructing Haist from
Welland Road to Beckett and include a bit of Welland Road (from Haist to Edward). While the
road condition does need improving, the real impetuous for the works is to replace the old,
cast-iron watermain.

Maple Street: Another year, another “bridge.” This one – on Maple Street just South of Sixteen
Road – will be replaced with dual culverts in 2017.

Sidewalks & Road Base Repairs: The Town made several and much-needed repairs to existing
sidewalks and road sections last year. Council approved increased funds – more than $275,000 –
in 2017 to address and repair additional areas.

I will write more about our other planned capital improvements for 2017 next column.