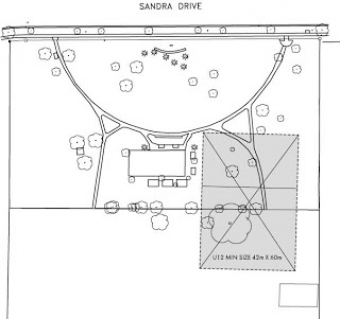 Mayor Dave Augustyn’s column for the week of February 6th, 2017.

Last week, residents in the Cherry Ridge subdivision in Fenwick received a survey and draft plan
from the District School Board of Niagara (DSBN) about potential changes to Cherry Ridge Park.

As you know, the DSBN is in the process of consolidating the former Pelham Centre School
(grades 4-8) and E.W .Farr Memorial School (grades K – 3) to create one, grades K – 8 school at
the E.W. Farr site. The consolidation required classroom additions and renovations including a
new gymnasium, a learning commons, parking and bus drop off. This construction is well
underway and the Board hopes to open the renovated school this September.

With this expansion, the school’s soccer field was eliminated. In an effort to provide a soccer
field for students the Board approached the Town last year to enter into a community
partnership. They proposed building a soccer field partially on school board property and
partially on the public park lands.

Councillors considered this possibility in a report to the June 6, 2016 Committee of the Whole
meeting and, on June 20, Council approved the authorization of a Memorandum of
Understanding (MOU) between the Town and the DSBN to negotiate an appropriate agreement.

As part of these negotiations, the DSBN proposed a draft redesign for the Park and their lands
late last Fall.

At the request from the Town, the Board sent a letter and a survey to immediate neighbours
and other Cherry Ridge residents last week.

Why is the DSBN is only surveying Cherry Ridge residents? When the subdivision was first
developed in the 1990s, the developer paid the Town “parkland dedication” fees and provided
land for this neighbourhood park. And, when the Town initially designed and built the Park
around 2008, we only involved residents from that subdivision. We follow this approach in
designing / redesigning other neighbourhood parks too.

The feedback on the design, a final proposed design, insurance and legal considerations, and
any other items will form part of the potential final agreement. Just like any and all agreements
between the Town and other corporations, Council will publicly consider the factors and the
potential agreement during one of our meetings. DSBN Trustees would also have to consider
such an agreement.

Finally, if approved, this would not be the first time for such a joint use agreement between a
City/Town and the DSBN. Others with agreements with the DSBN include St. Catharines (shared
park agreement), Welland (shared library), and Fort Erie (shared library and theatre).

Councillors and I will be interested in feedback when a proposed agreement comes to an
upcoming Council meeting.

You may contact Mayor Dave at mayordave@pelham.ca or review documents and read past
columns at www.pelhammayordave.blogspot.ca.