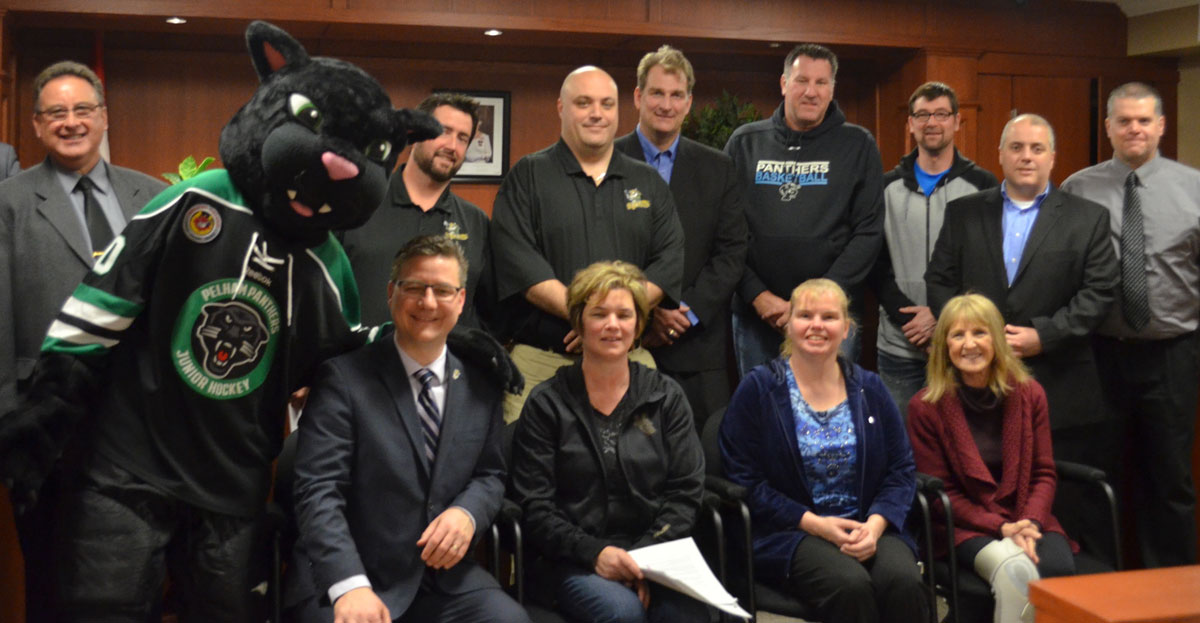 Last week, Town Council signed 5-year agreements with six major community groups for their use of the new Pelham Community Centre. These binding agreements exceed the Town’s revenue goals for the
Centre and confirm the demand for a second arena.

Council was thrilled to enter into these partnerships with the Pelham Minor Hockey Association, the Pelham Panthers Basketball Association, the Pelham Jr. B. Hockey Club and the Southern Tier Admirals
AAA Hockey. The Town is also excited to welcome the Welland Raiders Minor Lacrosse and the Niagara Centre Skating Club back to Pelham. Now that we have these agreements with major users in place, the
Town will work to rent and program the rest of the available time at the facility.

You will recall that a consultant report suggested sustaining demand existed for two ice surfaces. This LeisurePlan report projected 100% prime-time usage of one arena and approximately 70% usage of a
second arena and influenced Council’s June 2015 decision to include two arenas in the design of the new Pelham Community Centre. (As you know, the Centre will also feature two gymnasiums, a walking /
running track and multi-purpose spaces).

Before the signing, Brian Bleich, President of Pelham Panthers Basketball Association, said that the facility “can’t happen soon enough” for their 425 athletes from more than 350 Pelham families. He said
that “Our agreement with the Town of Pelham guarantees that we can support youth basketball for many years to come” and suggested that the double gymnasiums will be known as the “Home of
Champions” and the “Panther’s Den.”

Todd Major, President of Pelham Minor Hockey, reminded Council that their more than 300 Pelham families (representing more than 420 members) have “faced challenges in past years finding ice space.” In the 50th year of Pelham Minor Hockey, Todd said that the new facility will “ensure our programs meet our members’ needs and our Association’s goals.”

The President of the Welland Raiders Minor Lacrosse, Ben Chambers, informed Council that the group also started in Pelham 50 years ago as a Canada Centennial project. He said they were “excited to bring
the Raiders back to Pelham” and promised that the club would reinstate the Pelham Raiders name.

I am delighted that these 5-year, binding agreements demonstrate that the Pelham Community Centre will be the place for residents of all ages to gather and enjoy a wide-variety of recreational, social, health
and community activities for many, many years.


You may contact Mayor Dave at mayordave@pelham.ca or review background documents at www.pelhammayordave.blogspot.ca.