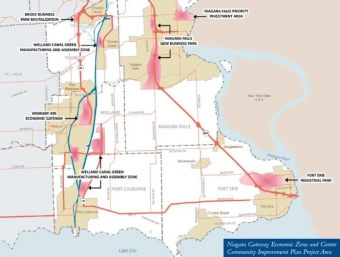 It doesn’t happen too often, but occasionally I am the only one to vote for or against something at
Regional Council. A couple of weeks ago, for example, I was the only one who opposed promoting
development outside existing urban boundaries.

Pelham Town Council remains committed to development inside the existing urban boundaries so that
we can protect the environment and agricultural lands outside those areas. We also do this to ensure
that existing urban services (like water, sewer, and storm water infrastructure) get used to capacity –
instead of continuously adding additional and costly services outside urban areas.

This commitment led Pelham Council to encourage greater protection for the Fonthill Kame. Similarly, we
have refused to endorse additional lot creation in the Greenbelt. Further, we continue to protect rural
“lots of record” and impose agricultural-only stipulations on remnant parcels so that houses cannot be
built on new severed farm lots.

And, while some might be upset with new development inside Pelham’s urban boundaries, Council
remains committed to development only on lands in the boundaries that were approved in 2000 (for
Fonthill) and 1990 (for Fenwick). We oppose expansions or extensions of the urban areas.

Yet, this belief by Pelham Council is not held universally across Niagara.

A perfect example was the March 2 vote over whether to endorse a Regional Staff submission to seek
“special policy opportunities” in the rural and agricultural, non-serviced lands along the QEW between
Niagara Falls and Fort Erie.

You see, after the Province designated a Gateway Zone from Niagara Falls to Fort Erie and a Gateway
Centre in Welland / Port Colborne / Thorold, Regional Council developed special incentives to encourage
industrial growth. It was these “Gateway Incentives” that helped convince GE Canada to build their new
plant in Welland. Further, the incentives helped encourage the Federal Government to designate Niagara
as a Foreign Trade Zone to support export related growth.

But, some large, rural property owners informally lobbied Regional Councillors and Staff so that those
incentives and servicing might be broadened outside urban areas.

Ironically, those property owners bought cheaper, rural land but now want the benefits of more
expensive lands inside urban boundaries. Eventually, they will demand new water, waste water and
transportation infrastructure at a time when the Region has an accumulated infrastructure backlog of
$545 million just to replace poor and very poor existing pipes and roads!

Why lobby the Province to add benefits to new areas when it will cost an extra $1,121 per household per
year for the next decade just to fix the Region’s existing infrastructure?

Sadly, I was the only one to vote against trying to expand urban boundary development rights in that
QEW / Niagara River rural area.

You may contact Mayor Dave at mayordave@pelham.ca or review background documents at
www.pelhammayordave.blogspot.ca.