Ontario Boosting Cultural Tourism in Communities Across the Province including St. Catharines 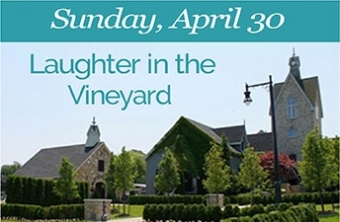 Eleanor McMahon, Minister of Tourism, Culture and Sport, made the announcement today at Ryerson University's Ryerson Image Centre, which will host exhibits for the Scotiabank CONTACT Photography Festival--the world's largest photography event. With support from the province, this year's festival will feature Canadian photography at over 200 exhibitions across the Greater Toronto Area and is expected to attract over one million visitors.

Examples of other projects being funded through the Ontario Cultural Attractions Fund (OCAF) include:


The Fund helps strengthen cultural tourism, which boosts local economies, creates jobs and draws visitors to communities across the province. This year's recipients also feature initiatives that commemorate Ontario's 150th anniversary and are expected to attract an attendance of approximately four million people.

Supporting local economies through cultural tourism is part of the government's plan to create jobs, grow the economy and help people in their everyday lives.

The Foster Festival in St. Catharines is a recipient of this funding.

The Foster Festival Brings Humour With Heart to the Heart of Niagara.
The Foster Festival is a theatre company located in St. Catharines, Ontario in Canada inspired by the work of internationally renowned Canadian playwright Norm Foster. On April 30th, a fundraiser for the festival will take place at Vineland Estates. Shows for the 2017 season include: 'Screwball Comedy', 'Old Love', and 'Lunenberg'. Visit www.fosterfestival.com for more information.