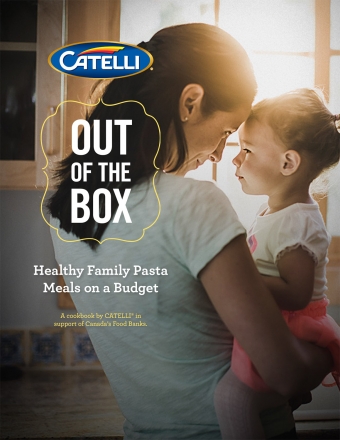 Food banks across Canada, including Project SHARE in Niagara, have increased their focus on nutrition over the last five years, from offering healthier food options to educating users on how to get the biggest health benefit from the foods they consume.

Conducted on behalf of Catelli Foods, the study found that even in locations where food donations were up, demand often exceeded supply (see survey highlights, below) – a reality that has contributed to food banks’ increased focus on health by doing the most they can with less.


“Our food bank has engaged a wellness educator who is there to teach people how to cook healthy recipes with a variety of ingredients found in our food room, and they have the opportunity to sample the recipes on site,” said Diane Corkum, Executive Director of Project SHARE, which participated in the survey. “When people taste how delicious healthy recipes can be, they’re more likely to make them for themselves at home.”

Respondents indicated that nutritional education is important for food donors as well as clients. For example, while all food banks surveyed ranked snack foods as one of their least preferred donation items, 58 per cent of them found snack foods to be either their most donated or second-most donated item.

In an effort to boost the educational efforts of food banks nationally, 15 of Canada’s top chefs and dietitians – including Chris Smythe, Executive Chef of the Prince of Wales Hotel in Niagara-on-the-Lake, and Jodi Robinson, leading Niagara-based dietitian – have come together to create nutritious and budget-friendly recipes compiled in a cookbook called Out of the Box: Healthy Family Pasta Meals on a Budget.

The cookbook is being launched as part of a campaign called Help us Feed the Hope, an initiative by Catelli Foods in support of Canada’s food banks. For every share or download of the cookbook and its recipes, Catelli Foods will donate servings of pasta to food banks across the country, with the goal of donating a total of one million servings. Complete with top food picks and health tips from the dietitians, the cookbook – which features recipes that can be made for a maximum of $15 for a family of four – is available for download free-of-charge at www.catelli.ca.

For every box of Catelli® pasta purchased until the end of May at Sobeys and Metro stores, Catelli Foods will also donate a serving of pasta to food banks across the country.


"Eating a healthy diet that tastes great is possible on any budget,” said Robinson, explaining that a nutritious diet is the cornerstone to optimal health and prevention of diseases such as diabetes, cancer and heart disease.

“The cookbook is brimming with nutritious and delicious recipes that not only fit all tastes, but are budget-friendly,” said Robinson, whose top ingredient picks corn, black beans and cheddar cheese are incorporated into a Tex-Mex fusilli recipe created by Chef Smythe.

Along with its donation to Canada’s food banks, Catelli Foods is also sponsoring a contest for a chance to win one of five prizes of a year’s supply of pasta. Visit www.catelli.ca  to participate.

Health tips from the dietitians:

Step 2: Cook the pasta according to package directions. Drain and let cool.

Step 3: Season chicken with salt and pepper to taste. Heat 1 tbsp olive oil in a saucepan over medium heat. Add chicken and cook for 5 minutes or until chicken is no longer pink. Remove from pan and set aside.

Step 6: Add the cooked pasta to the sauce and mix in sea salt. Transfer to a large casserole dish. Sprinkle cheese over the pasta and bake in oven for 25 minutes uncovered or until heated through.

Step 7: Top pasta with a spoonful of sour cream and garnish with chopped cilantro.

Tip: Canned corn can be used in place of fresh corn.