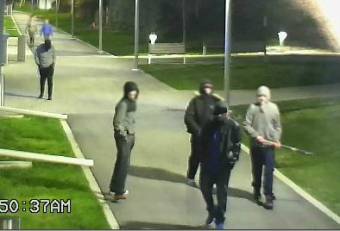 Police are seeking assistance from the public with anyone who may have witnessed this incident or had any involvement and/or information relating to this attack. 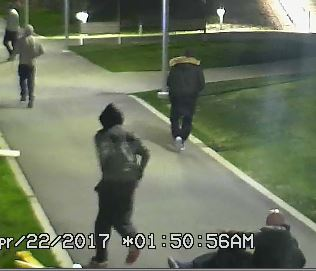 On Saturday April 22, 2017, the Niagara Regional Police Service commenced an investigation into a vicious assault that was captured on camera but was never reported to police. An investigation has revealed that at approximately 1:50 am a group of four male youths and two female youths were in the downtown area of St. Paul Street in the City of St. Catharines. The group walked from St. Paul Street down a set of stairs behind the Meridian Center and onto a paved and well lit pathway that runs East/West behind the Marilyn Walker School of Fine and Performing Arts. While walking Eastbound on the pathway the group targeted a lone male person who was also walking Eastbound along the pathway. As the group caught up with the victim and neared the stairway towards Carlisle Street, the victim was struck with an object and kicked while he lay on the ground. After going through the victim's pockets, the group of youths fled Westbound on the path in the direction they had initially come from. Police are seeking assistance from the public with anyone who may have witnessed this incident or had any involvement and/or information relating to this attack. Anyone with information is requested to contact investigators of the 1 District Detective Office at 905 688-4111 extension 9104 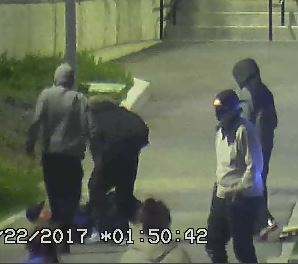 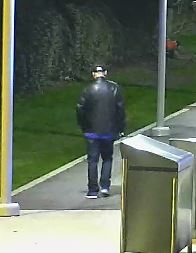