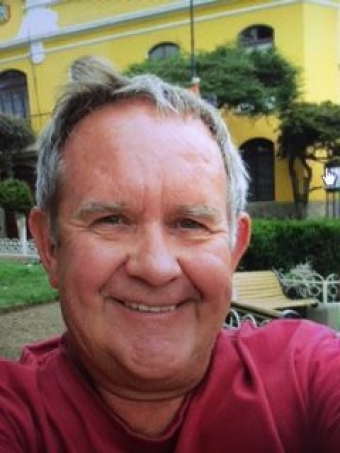 The NRPS would like to thank the public and the media for their assistance in trying to locate MacDonald.

Detectives have learned that MacDonald, who is originally from the Toronto area, has left the Niagara Region and is believed to be in the Kitchener Waterloo area. The NRPS and MacDonald's family remain concerned for his welfare. It is requested that members of the public continue to report any possible sightings of MacDonald in this region, in case he has made a return. 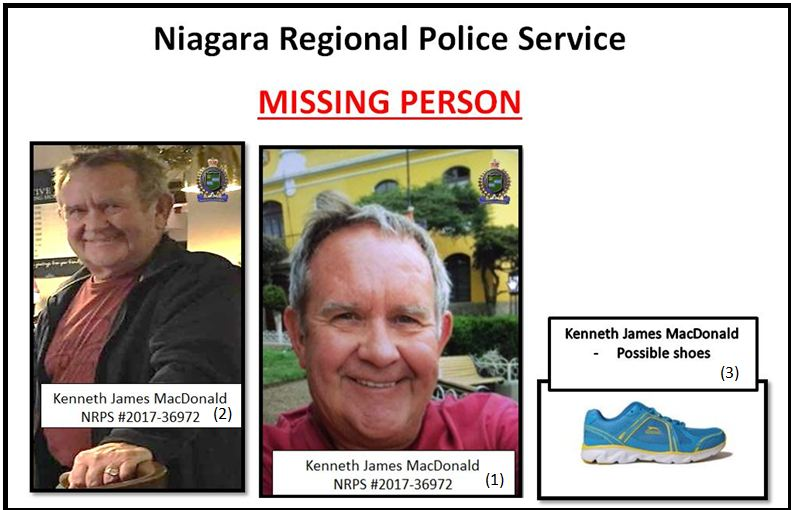 UPDATE: The Niagara Regional Police Service (NRPS) are continuing their efforts to locate missing person Kenneth James MacDonald (AKA "Ken"). Detectives from the 2 District Niagara Falls office of the NRPS have learned that on May 2, 2017 at approximately 4:30PM, MacDonald was a patient at the Greater Niagara General Hospital in the area of Kitchener Street and Portage Road in Niagara Falls.

MacDonald left the hospital while under medical care. MacDonald's medical conditions have left him with a decreased ability to speak and a decrease in his cognitive abilities. He is physically able.

MacDonald was believed to have been on foot and is not familiar with the Niagara Falls area.

MacDonald's family is concerned for his welfare and his ability to care for himself.

MacDonald's current location remains unknown; however he has in the past expressed a desire to go to the Kitchener Waterloo area. The NRPS is asking the local community to remain vigilant in the efforts to assist in locating MacDonald.
Anyone with information is asked to contact the Niagara Regional Police Service at 905-688-4111 at extension 2200 referencing Incident #17-36927.

MACDONALD was visiting Niagara Falls on May 2, 2017 when he became separated from family at approximately 4:30 pm in the area of Kitchener Street. Investigators are concerned for the well being of MACDONALD due to recent health concerns. He is not familiar with the area.

Persons who believe they have had contact with MACDONALD are requested to contact Niagara Regional Police at 905-688-4111 X2200 referencing Incident #17-36927. 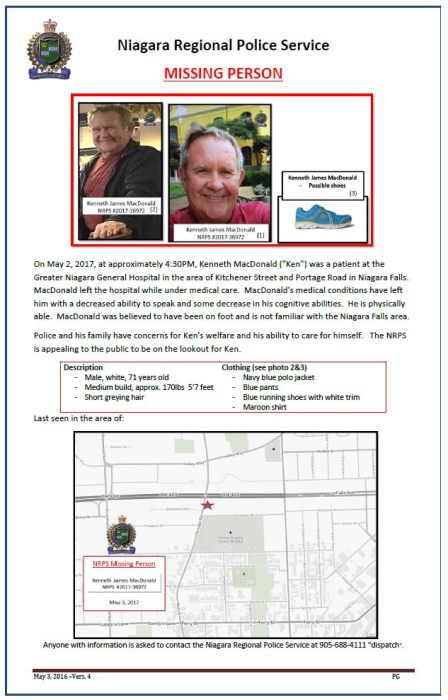