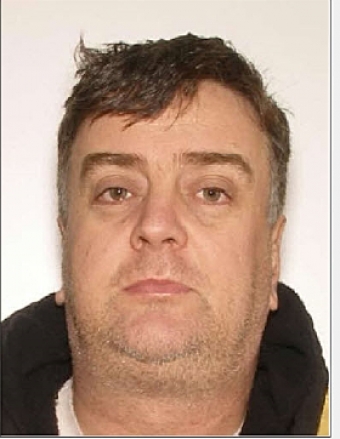 LOCATED: MISSING PERSON: Frank Collinson, a 53 year old male has been reported missing by his family members and they are concerned for his welfare.

UPDATE: The police have located Mr. Collinson in good health and consider this closed..

Frank Collinson, a 53 year old male has been reported missing by his family members and they are concerned for his welfare. The last confirmed contact with Mr. Collinson was in June 2015.

Frank Collinson is a white male, 5'11" - 6' in height, weighs approximately 180 pounds and has brown eyes. He has no known tattoos or distinguishing scars. A picture of him has been attached for public dissemination.

The last known vehicle associated to Mr. Collinson is a 2011 Hyundai Genesis, two door, silver in colour and bearing Ontario licence BASA 638. This vehicle is also outstanding and police are attempting to locate it as part of this investigation.

Mr. Collinson has previously been employed in the food service industry and may have sought employment in this field outside of the Niagara Region.

Anyone with information on the whereabouts of Frank Collinson or his vehicle is asked to call the Niagara Regional Police Service at (905) 688-4111, extension 3300, or Crimestoppers. Further, police are requesting that any person who may have had contact with Mr. Collinson after June 2015 also call police to assist with this investigation.