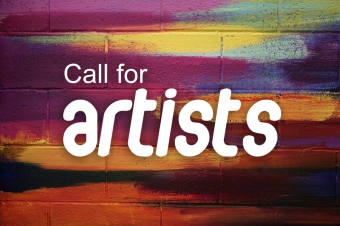 The City of St. Catharines is seeking Canadian and/or Indigenous artists and creative teams interested in developing ideas for a permanent art installation along the Carlisle Street side of the FirstOntario Performing Arts Centre.

The City of St. Catharines is seeking Canadian and/or Indigenous artists and creative teams interested in developing ideas for a permanent art installation along the Carlisle Street side of the FirstOntario Performing Arts Centre.

It will be one of the largest public art projects the City has commissioned and is expected to draw attention from across the country.

“The ‘canvas’ for this project is literally part of a city block,” says Rebecca Cann, the City’s Cultural Services Supervisor. “The FirstOntario Performing Arts Centre has done so much to help transform St. Catharines and this public art project will add to the vibrancy and character of downtown as well as reflect the diversity of peoples for whom this site has been significant.”

Cann said the City is not requesting artwork proposals at this time. Artists are invited to review the project documents and submit expressions of interest by 2 p.m. Wednesday, May 31. Visit www.stcatharines.ca/CallsToArtists for more information.

The City will short-list three to six applicants from the submissions to receive a request for proposal and develop design concepts. The selected design will be unveiled by the end of 2017. The completed artwork will become part of the Civic Art Collection.

The FirstOntario Performing Arts Centre is located where Carlisle Street meets St. Paul Street, originally a trade route for Niagara’s Indigenous peoples. It later became a shipping port along the First Welland Canal. In the 19th century, the PAC site was the location of the former Capitol Theatre, a popular film house. The future artwork will reflect underlying concepts of harmony, meeting place and storied lands. The project is funded in part by the Government of Canada’s Canada 150 program, as part of the Celebration of Nations Indigenous art gathering taking place Sept. 8-10.