Posted May 31st, 2017 in Cycling in Niagara, Municipal, Sports and Recreation, Programs 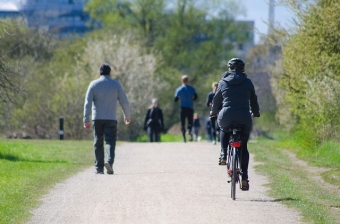 Building More Bike Lanes and Other Cycling Infrastructure Across the Province

Ontario Making it Safer and Easier to Commute by Bike

Ontario is making it easier for commuters and families to get around by bike, with new funding to build a better and safer commuter cycling network across the province.

"Building commuter cycling infrastructure is important in helping us make Ontario a great place to ride a bike. Working together with our partners, the cycling community and local municipalities, I know we will succeed in making Ontario a cycling leader in North America."
— Steven Del Duca, Minister of Transportation

The province has also created a cycling web-hub that will help people in Ontario find cycling information quickly and conveniently through a single portal.

Making it safer and easier to cycle in Ontario is part of our plan to create jobs, grow our economy and help people in their everyday lives.