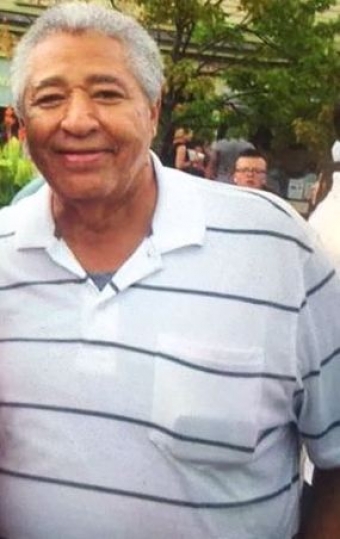 Gerald Lindo, who is 79 years of age, has been reported missing by his family members who are concerned for his welfare.

Gerald Lindo, who is 79 years of age, has been reported missing by his family members who are concerned for his welfare.  Mr. Lindo was traveling from Kitchener back to Niagara via bus when he made a scheduled stop in Mississauga.  Mr.  Lindo departed the bus and was last seen near Square One in Mississauga attempting to hire a cab to take him back to the Niagara Falls area.

Gerald Lindo is described as being a Hispanic male, 79 years of age, 5'10 tall, 210 lbs, grey/white hair, and a mole on his nose.  He was last seen wearing a yellow shirt under a grey hooded sweater, light pants and black dress shoes. He was carrying a wheeled small black suitcase.

A picture of him has been attached for public dissemination.

Anyone with information on the whereabouts of Gerald Lindo is asked to call the Niagara Regional Police Service at (905) 688-4111 extension 2200.