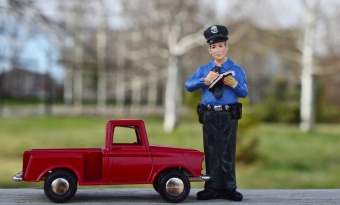 Since the last week of June, some Niagara Regional Police Officers traded in their hand-written traffic tickets for an advanced “eTicketing” system.

Currently, all tickets issued at the roadside for traffic violations are completed by police officers by hand. Not only is this time consuming and potentially unsafe for the officer to be standing on the side of the road, it also allows for many opportunities for errors that can result in tickets being rejected or dismissed by the Court.

In the last 10 years, about 4,300 traffic tickets laid by the Niagara Regional Police have either been rejected or dismissed by the Provincial Offences Court due to late filing or errors on a ticket.  The dismissal of these tickets impacts road safety efforts and represents a real loss in fine revenue for Niagara’s municipalities of as much as $40,000 a year.

The eTicketing system uses technology now available in police cruisers to scan a driver’s licence for the vital details that are required to lay a charge. The system also allows a police officer to automatically select the correct charge and wording, thereby removing  the opportunity for transcription errors. Newly installed printers in the cruisers will generate the Offence Notice in realtime based on the information provided.

There are also significant administrative efficiencies found in the new system by removing the need for hand-coding and the potential for late filing with the Court. Under the current process, all traffic tickets issued by the Niagara Regional Police Service need to be transcribed by hand into their computer system then filed with the Provincial Offences Court where they are transcribed again into the Court’s computer system. The new system automates this process and all tickets are automatically transmitted from the police cruiser to the Court.

The Niagara Regional Police Service along with the Provincial Offences Courts in Niagara will join several other municipalities in the Province of Ontario who have also implemented this new electronic ticketing system.​

Caffeineoline Coffee House in downtown Welland is truly a gem for gourmet coffee/tea, Ukrainian and Hungarian pastries and bite to eat you will love.

Surprise all your guests at the next barbecue or happy hour by mixing up this tasty and so caliente cocktail. The magic behind the recipe? A spicy syrup infused with avocados from Mexico. Yes … to avocados in a drink.