Deficits and Levy vs. Development Charge Debt from Mayor Dave 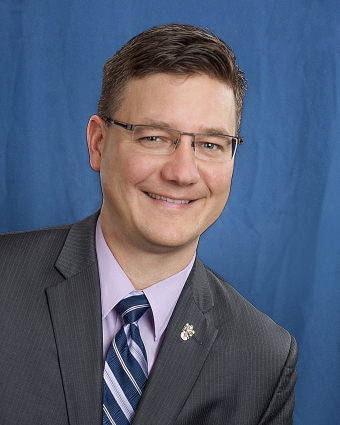 Since that’s a lot of talk about debt lately, I thought I’d write about it here.

While the Provincial and Federal governments and businesses can run deficits, Towns and Cities cannot.

Deficits occur when a Federal or Provincial government spends more on their services and projects during their fiscal year than their revenue for that year. Adding up this overspending is called an accumulated deficit which becomes Federal / Provincial debt. And, that Federal and Provincial debt includes both operating costs (program spending) and capital expenditures.

Sometimes businesses can do the same. A small business could continue to operate for a while, accumulating their weekly loses into a relatively large deficit. This type of spending can last as long as their directors or creditors allow.

On the other hand, Towns and Cities must run balanced books each year. We cannot budget for a deficit nor a surplus, nor can we accumulate deficits.

So, how do we mitigate unexpected expenses or pay for large capital projects? With reserves and municipal debt (called debentures).

Sometimes we accumulate specific funds over a few years in a reserve to help pay for something in a future year. For example, we might set $100,000 aside for a few years so that we can buy a $400,000 fire truck in year four. Or, we established a snow clearing reserve to cover excess operating costs for winter control methods (if required).

For multi-million-dollar community assets, however, it might not make sense to save up for decades in advance.

For example, does it make sense to pre-charge residents for a number of years to save up for a multi-million-dollar water project when the asset will be used over 70 years? Why should people who move or pass away prior to a project’s construction pre-pay for an entire project? Wouldn’t it be better to allow folks benefitting from the project pay as they use it?

One could make the same case for a 50-year asset like a community centre or a 25-year asset like a downtown redevelopment. It’s often in these types of cases that “smart debt” – a debenture period of less than the life of the asset – makes sense. And, since municipal debentures lock in the interest and principal payments for the entire life of the loan, they provide certainty on pay back amounts. Once approved, interest rate hikes or changes do not impact these locked-in debenture payments.

And, many find this approach beneficial during periods of low interest rates and infrastructure grants from other Governments. For example, a portion of Pelham's debt includes our share of Downtown Fonthill’s revitalization and Fire Station #2 construction after taking advantage of more than $4.1 million of Federal and Provincial stimulus funding. If we didn't use this type of smart debt to pay for those projects, we would have left that $4.1 million (representing 66% of the project costs!) on the table for another community to use. We used the same approach for Haist Street reconstruction and for our nine new, fully accessible playgrounds.

Finally, much of the Town's long term debt is to help support new development and is, therefore, not funded by existing residents and businesses.

You may know that Development Charges are applied on new developments – from new homes to new commercial buildings – to help pay for the facilities and capital projects that are required to support that new development. For example, if a road needs to be widened, a new water line installed (like on Rice Road), a Fire Hall expanded, or a new trail system built, that new development needs to pay for those new items. Development Charges allows “growth to pay for growth.” And, that’s good news for current residents and businesses.

But, sometimes those facilities or improvements need to be built or installed ahead of the growth – like that new water or sewer line or new Fire Station – to help serve and stimulate the growth. In fact, this approach was encouraged by the Niagara Homebuilder's Association and others at the Region this month as Regional Council considered a new Development Charge bylaw. In these cases, the Town might build the project but add the debt to the Development Charges account; in this case, those Development Charges pay for both debt interest and principal and the new development projects get build ahead of time.

Since we have been preparing for growth for a while, more than 55% of Pelham’s long-term debt is for these Development-Charge-funded projects. (And, these are some of these type of DC-funded debt projects in the Region's new Development Charges bylaw too.) To be clear: more than one-half of our long-term debt will not be paid back by existing residents and tax-payers, but, rather, by new development.

Pelham Council and I continue to ensure that we only minimally impact you and other property tax-payers while we continue to improve our infrastructure and increase the quality of life in our Town.

You may contact Mayor Dave at mayordave@pelham.ca or read past columns at www.pelhammayordave.blogspot.ca