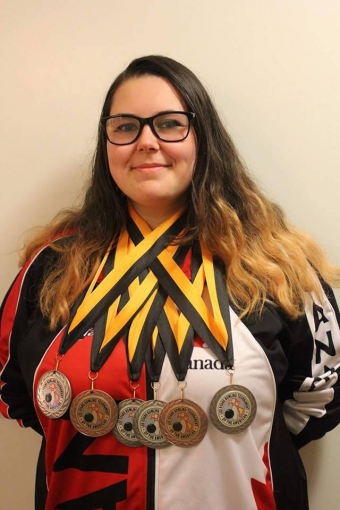 In recognition of National Bowling Day, we thought we'd give you a little bowling news: Welland Teen brings home 6 medals for Team Canada at the Tournament of the Americas last month. Congrats!

This past weekend Taylor Allen of Welland enjoyed a fabulous 'Welcome Home' Party in honour of all her accomplishments as a member of the International Ten Pin Federation Team Canada at the Tournament of Americas that took place July 22-29th in Florida.

At just 14 years of age, Taylor received the news in June that she made Team Canada. Can you imagine?

From that point forward it was full steam ahead in practicing and also raising money to get to Florida for the tournament. (see related article)  There were raffles, car washes and various other events in Welland and surrounding areas. The support from friends and family was all worth it - Taylor came home with six medals. 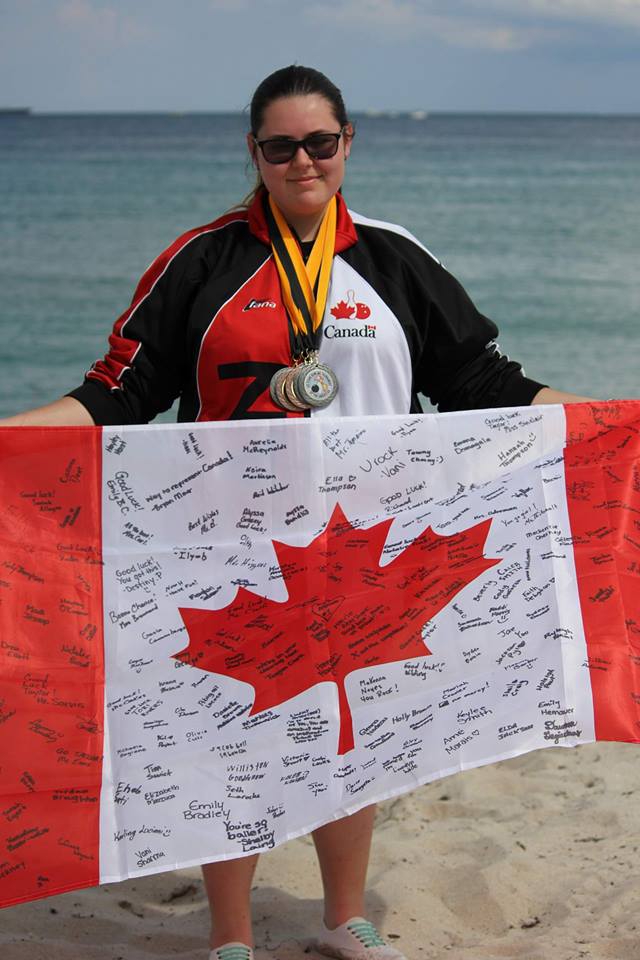 Taylor had huge support from school friends - they sent her to Florida with a Canadian Flag signed by students at Welland Centennial Secondary School where Taylor attends school. Taylor was proud to show her Canadian roots while competing in the United States. Wellanders, friends, and family are even more proud of her success!

Taylor train's at Jeff's Bowl-O-Rama in Welland. She works hard toward her bowling goals. It paid off this year!

It was and honour to represent Canada and to bowl with some of the best bowlers in the Americas. When I was younger, I had a dream of one day making the national team, but I didn’t expect it to come so soon, at least not for another couple of years. I met my mentor Miranda Panas (6x Canadian Jr. Women’s National Champion) and wanted to be as good a bowler as she is.

I was super nervous at first when I was selected to be on Team Canada, as this would be my very first International Tournament and my first time flying in a plane. My friends and schoolmates were very supportive of me making Team Canada and encouraged me everyday!

Between my coaches Steve Cadrin, Brian Staneff and Al Tone, they taught me a lot and how to prepare for an International Tournament by putting in the extra hours to help me along. I also had some training with Tyrel Rose, World Team Canada Coach. With the help of Coach Earl Sobotkiewics (ToA Coach from Winnipeg), he gave me lots of help at the ToA with understanding the oil and lane conditions.

I would like to thank my family, the businesses and people of Welland for their love and support on helping my reach my dream of representing Canada.