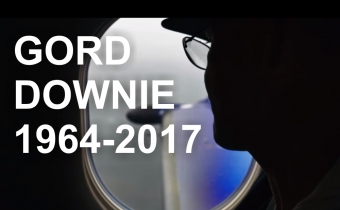 A compilation of news articles on the passing of Gord Downie.

Canadians woke to the news that Gord Downie died last night at the age of 53. All morning we have been listening to, watching and reading just how devastated the country is over losing a truly, Canadian icon.  For a little over a year now, we have followed Gord's journey, have shared his ups and downs and we are all now thoroughly aware of Glioblastoma.

We have heard KK on GiantFM in tears as she reported the news this morning. I have had colleagues and friends comment, their day is destroyed by the news, not allowing them to function properly. It is a sad day...

The Secret Path is set to air Sunday night. This would have been watched by many, but now, we expect the whole country will tune in to Gord Downie's Secret Path in Concert Sunday Night at 9pm on CBC and online at cbc.ca/arts/secretpath.

Here are links to the various news stories:

National Post - Gord Downie of the Tragically Hip Dies at 53

The Tragically Hip's Gord Downie dies at age 53 - The Globe and Mail
https://www.theglobeandmail.com/news/.../the...gord-downie-dies-at.../article36637833/
1 hour ago - Gord Downie, the poetic lead singer of the Tragically Hip whose determined fight with brain cancer inspired a nation, has died. He was 53.

Tragically Hip frontman Gord Downie dead at age 53 | Celebrities ...
www.torontosun.com/2017/10/18/gord-downie-has-reportedly-died
3 hours ago - Gord Downie, the poetic lead singer of the Tragically Hip whose determined fight with brain cancer inspired a nation, has died. He was 53.