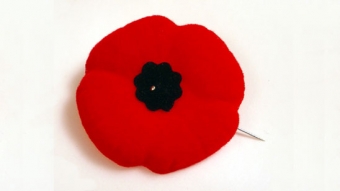 Canada is known for being a peaceful country and home to nearly 37 million very polite residents. Since the 1950’s Canada has been pro-active with peacekeeping missions, which has given this country a global reputation as a contributor to international peace, security, and stability. Canada has dedicated and will continue to dedicate resources to conflict prevention and worldwide peace.

Unfortunately, we have lost many courageous Canadians on peace-keeping missions and as soldiers or medical staff during war to protect our rights and freedom. By the end of WWI, roughly 619,000 Canadians had enlisted in the Canadian Expeditionary Force for service overseas. Approximately seven percent of Canada’s population was in uniform at some point during the war, while hundreds of thousands of Canadians worked on the home-front to support the war.

The Welland-Crowland War Memorial was unveiled at Welland’s Chippawa Park on September 4, 1939; just one day after the start of WWII. The monument features a soldier and a woman to symbolize the “Service and Sacrifice” elements of the war. The beautifully crafted composition is dedicated to those who fought and served, as-well-as those who supported the war effort from home.

Veterans, cadets, firefighters, dignitaries, and residents have gathered at the Welland-Crowland War memorial every November for decades. It has become a respected symbol in Welland because it not only represents Canadian war history, but it also allows us to connect and remember as a community. Woodlawn Cemetery was expanded this year to include a Veterans Memorial Plaza and Legacy Garden.

This section of the cemetery is exclusive to those who have served and will be the final resting place for our veterans. Construction will be completed in 2018 and will offer another public space for veterans to remember and pay respect on November 11.

The Welland Legion Branch 4 welcomes the public to its Remembrance Day Parade and Service at the (CANCELLED DUE TO HEAVY RAINS) Welland-Crowland War Memorial on November 5, at 1:45 p.m.

The Legion also welcomes the public to attend the annual Remembrance Day Service at Morningstar Avenue on November 11, at 10:30 a.m.

This November, please take a moment to remember the men and women we have lost through courage and sacrifice, in order to make Canada the extraordinary country it is today.