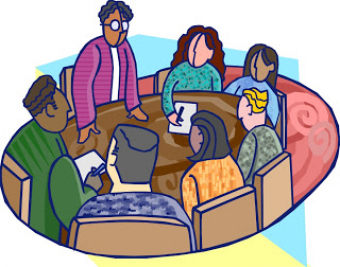 Another Seat or Start Reform?

This Thursday, Regional Council will host a public meeting and consider a bylaw to add an additional member. This would bring Council to a total of 31 members, plus the Regional Chair. In addition to the 12 Mayors, our governing body currently includes 18 directly elected Regional Councillors – 6 from St. Catharines, 3 from Niagara Falls, 2 from Welland and one each from Grimsby, Lincoln, Niagara on the Lake, Thorold, Pelham, Port Colborne, and Fort Erie.

West Lincoln Township Council initiated the process to add another member a few months ago by asking the Region to petition the Minister of Municipal Affairs to allow the discussion. The Minister got back to the Region this Fall with his consent – and that debate will occur at the Region this week.

If approved Thursday, a majority of the 12 City, Town, and Township Councils representing a majority of Niagara’s population would need to approve it by the end of the year to allow the change for the 2018 election. (This Regional / Local / Population formula is known as a “Triple-Majority” requirement.)

West Lincoln argues that they need another Councillor because their population is growing and their only representative – the Mayor – finds it difficult to cover all the work and adequately represent the people in the Township. 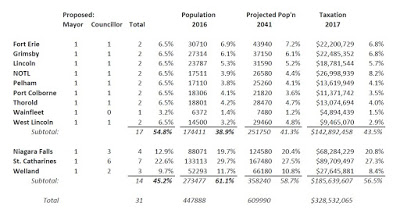 This suggestion for an additional seat offers an opportunity to consider and discuss the size, make-up, and overall election of Regional Council.

Some, like the Greater Niagara Chamber of Commerce, have pointed out for years that the Niagara Peninsula is the “the most over-governed large census division in Ontario” and suggests a “more thorough inquiry into means by which the Regional government can be made more efficient and representative.”

I think we owe to each resident and business across Niagara to think more broadly and act more boldly on this issue and many other issues.

For example, instead of thinking 25 years into the future and planning for rapid bus transit or LRTs, we just adopted a “Transportation Master Plan” that codifies thinking from seven years ago. Or the Region’s Water & Waste Water Master Plan doesn’t even call for stopping billions of liters of diluted sewage overflows into our lakes and rivers over the next quarter-century. And, despite the importance of rich agricultural land, Regional Council hopes to expand urban boundaries and create more sprawl. We even recently bumbled into our “first-time-ever” Councillor expense policy that sadly sanctions some of the most flagrant past-practices.

So, instead of unthinkingly stumbling into this change, let’s start the work now to look at potential solutions to reform Council.

To build a better Niagara and to improve our quality of life across the Peninsula, we need to reform our systems to balance representation, accountability, transparency and strategic policies and planning. And, we need to have started yesterday.