Niagara’s economic momentum is the second strongest in the country 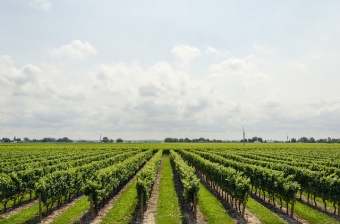 A recent study released by the National Bank of Canada ranked Niagara’s economic momentum as the second strongest in the country, with Hamilton assuming the top spot. Niagara was ranked ahead of 18 other metropolitan areas that were part of the study.

“This independent report affirms what we have been feeling for some time in Niagara: the wind is at our backs and we have the economic momentum to continue to create real prosperity for our communities,” said Regional Chair, Alan Caslin. “Whether it’s the province’s commitment to daily GO train service, strong growth in our housing market or incredible private sector investment evidenced by GE, it’s a great time to live and do business in Niagara.”

Niagara’s ranking can be attributed to strong growth in two main indicators: housing prices, which rose 28 per cent during the period of the study, and non-residential building investment which grew by more than 30 per cent.

“I firmly believe the positive increases in our housing market is a direct reflection of Niagara’s strong value proposition,” said Caslin. “Niagara offers outstanding amenities, fantastic quality of life and opportunities for investment that can’t be found anywhere else.”

After Hamilton and Niagara, the top five is rounded out by Kitchener-Cambridge-Waterloo, Victoria, B.C. and Gatineau, Que.

The National Bank of Canada makes use of data from Statistics Canada, Canadian Mortgage and Housing Corporation, the Canadian Real Estate Association and the Teranet-National House Price Index in their calculation.

In 2014, Niagara Regional council outlined an ambitious plan that contained over two dozen strategic priorities. This third-party study from the National Bank of Canada confirms that the Region has achieved measurable economic momentum, and the strategic priorities are aligned with the overall prosperity of Niagara.