From the Desk of Mayor Dave: Pre-Budget Consultations 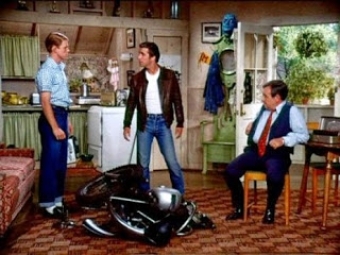 Last Monday, I had the honour of welcoming Yvan Baker, MPP (Etobicoke Centre), and Parliamentary Assistant to the Minister of Finance as I presented first at the Province’s “Pre-Budget Consultation” in the Niagara Peninsula. Mr. Baker was joined by Jim Bradley, MPP (St. Catharines) in this public engagement.

Partner on Downtown CIPs:
I started by thanking the Government for their recent announcement of a $40 million over three years in Main Street Enhancement Funding, to help strengthen small businesses in downtown and enhance their digital presence. While Council has not yet seen detail on spending criteria for Pelham’s $50,000 share, we recognize the importance of Downtowns in our community. So, I also recommended that the Province partner with Cities and Towns in our “Community Improvement Plan” (CIP) incentives – to further enhance mixed-use buildings and businesses and help strengthen our sense of community. With more than one-third of Downtown Fonthill properties using our CIP incentives, you can really see the transformation and improvement!

Transit Pilot:
I thanked the Government for funding Pelham in 2016 with the maximum grant to establish a Transit Pilot. You will recall that we established the system, tendered it to the private sector to operate, and increased our ridership. Pelham also partnered with Brock and Niagara College students. And, as a result of the Province continuing the grant another year, the ridership continues to increase. Staff are now reaching out to Wainfleet and West Lincoln to provide service. Since we are to apply again for a grant, I asked the Government to maintain funding for community transit pilot and operating expansions.

Housing that’s Affordable:
As many folks call for more housing that’s affordable, I suggested that the Province could help financially encourage “Fonzie” units. What’s a “Fonzie” unit? You will recall that Fonzie on Happy Days lived about the Cunningham’s garage because it was affordable for him; the rent also helped that family with their mortgage, thereby making their housing costs more affordable. I pointed out that since the Province encourages Cities to allow secondary units and accessory building units in Zoning Bylaws, there could be an opportunity to also encourage more housing that’s affordable. I suggested that the Province look at ways to incentivize conversions or new construction to these units – through rebates or partial funding. They could use a similar mechanism to other conversion programs – like the Green Ontario Fund rebates to reduce energy costs with home improvements.

Promote Storm Water Separation:
Finally, I suggested that the Province should help reduce the impacts of climate change by helping to stop diluted sewage overflows. You see, in many historic communities, aged sewer systems also collect rain water; storm water and sewer systems are not separated like in newer areas (like in Pelham). As it rains more often and with greater intensity because of climate change, rain storms flood waste water plants, and operators must dump diluted sewage into natural lakes and streams. Sadly, Niagara dumped more than 1.1 billion litres of diluted sewage in 2017 because of storm overflows. Therefore, instead of funding increased sewer plant capacity, I encouraged the Province to prioritize storm water separation in “Clean Water & Waste Water Fund.”

I appreciate the opportunity to present workable solutions to some of the issues in Pelham and across the Niagara Peninsula to Mr. Baker and Mr. Bradley.


You may contact Mayor Dave at mayordave@pelham.ca or review documents and read past columns at www.pelhammayordave.blogspot.ca .