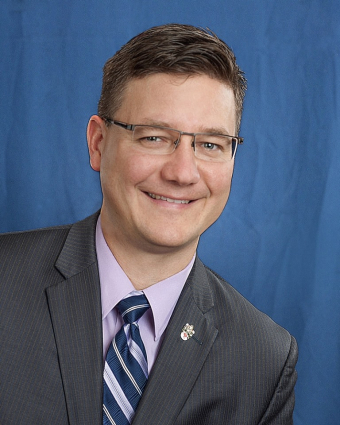 As you know, it’s a very exciting time in Pelham since we are only a few months away from completing the construction of the new Meridian Community Centre.

Thanks to the excellent work and oversight of Ball Construction, the significant efforts of the many trades (many of which are local), the work of Town Staff, and the members of the Oversight Committee, we expect the MCC to be substantially complete before the end of June!

And while Staff work through the summer to fine-tune operations and prepare for full-service and a grand opening in the Fall, we look forward to hosting the Greg Campbell Memorial Paperweight Lacrosse Tournament – the largest in Ontario – in July.

And, as I wrote about last week, because of the generosity of the community, we have already reached a milestone of 90% of our original fundraising goal.

Now, this week, another element of the financing for the Community Centre should be finalized.

As you will recall, the approved financial plan called for funding to come from a variety of sources: about a quarter directly from our residents to service a debt through municipal taxes; and about a third from new development through Development Charges. Additional financing consisted of a construction bridge loan from Infrastructure Ontario (I/O) in order to help with the transition of selling the Town’s surplus land (valued at $12 million) and receiving $3 million in community donations.

As the Provincially-legislated process required, Pelham applied for this funding in the Spring of 2016. Since the Town met the qualifying criteria for the loan, the Region did its part as a facilitator by forwarding the paperwork to I/O in June 2016. As also required by the process, a binding Financing Agreement was formally signed that September for $36.2 million for the new Community Centre.

Again, as required by Provincial legislation and as contractually obligated, the Region assisted the Town’s debentures of $9.1 million in 2016 (the part of the financing directly funded through municipal taxes) and $12.1 million in 2017 (the part funded by future growth).

The standard process for the remaining portion of the loan was for the Town to notify I/O that the funds were required and they would release the funds directly to the Town without the Niagara Region approval; this was because it had already been approved in the Financing Agreement between the Town, I/O and the Niagara Region.

The standard process was interrupted by the Niagara Region on November 16, 2017. That’s when Regional Council sent I/O a motion that stated that the Region would defer future Pelham financing until they received additional information from the Town. This additional information was subsequently included in the KPMG Forensic Investigation report that is posted on the Town’s website and reviewed at the Region’s Audit Committee in January, 2018.

After I/O received this motion, they reconfirmed that the Town complies with all their qualifying criteria as under the Agreement. Then I/O asked the Regional Treasurer and Chair to sign an Acknowledgement Letter that confirms that the Niagara Region will still meet the obligations in the Financing Agreement. This Thursday, the Niagara Region is going one step further by requesting Council approval before signing this Acknowledgement.

Since the Town meets Infrastructure Ontario’s criteria, one would hope that Regional Council would live up to the obligations in the Agreement by signing the Acknowledgement Letter so that we can complete the Meridian Community Centre on-time and on-budget for the benefit of our entire community.


You may contact Mayor Dave at mayordave@pelham.ca or read past columns at www.pelhammayordave.blogspot.ca.