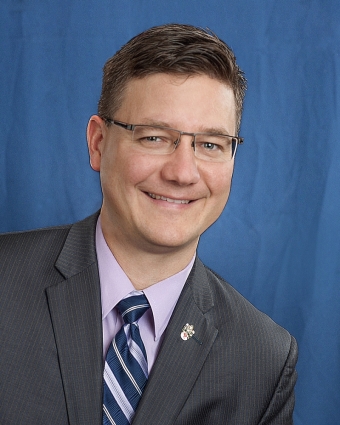 Town Council was relieved and pleased last week after Pelham had again been cleared of allegations of wrongdoing regarding our finances.

First, a letter from Municipal Affairs Minister Bill Mauro indicated that the Province will not conduct a provincial municipal audit. You will recall that in February, a majority of Niagara Regional Councillors supported a petition from last Fall which called on the province to undertake another financial audit of the Town. The Region’s Council “endorsed” the petition even though it was prepared and signed before the results of KPMG’s Forensic Investigation in November/December.

Minister Mauro wrote: “The provincial government recognizes municipalities as responsible and accountable governments, with the authority to make decisions on matters within their own jurisdictions, including management of their finances. As such, the Ministry will not be proceeding with a provincial municipal audit.”

Second, you will recall that this controversy and the call for a forensic investigation arose from allegations made by former member of Council about discussions during an in camera (closed session) meeting on September 5, 2017. While Mr. Junkin alleged “unethical and dishonest” behavior, he also provided no proof when he urged the Region to investigate his allegations (see “Ex-councillor cannot prove claims against Pelham,” St. Catharines Standard, 29 November 2017). Despite this lack of evidence, a majority of Regional Councillors echoed that call for an investigation and cautioned the Town’s lender in mid-November.

Pelham was cleared of those financial allegations when KPMG presented during a public meeting on November 29 and when they provided reports of their forensic investigation and answers to community questions on December 18.

Third, Pelham was cleared again following a review by Infrastructure Ontario (IO) in February and March 2018. IO undertook that review because of the Region’s unfounded allegations from mid-November. After IO reconfirmed the Town’s finances, Regional Chair Caslin was compelled to provide an acknowledgement to IO that the Region would live up to the obligations in the Community Centre’s debenture agreement; he did so prior to the Regional Council meeting on March 22, 2018.

Yet, one allegation remained. That was about whether it was legal for Town Council to discuss HR matters behind closed doors during our September 5 meeting.

We are pleased, therefore, that Ontario Ombudsman Paul Dubé recently cleared the Town of allegations about that meeting. The Ombudsman’s report states: “Council for the Town of Pelham did not contravene the Municipal Act, 2001 on September 5, 2017, when it discussed a consultant’s report, received legal advice, and received a presentation from staff in camera”.

I am sad that Pelham’s residents and businesses have been dragged through an emotional roller coaster with these unfounded allegations.

It's disheartening that some Niagara politicians and partisans relied on mistruths and misrepresentations as they sowed the seeds of doubt in our community since last spring. It’s sad how they have used confusion, fear and doubt to try to persuade people that something had gone awry or been improper.

That’s why others have suggested that the Town ask the Region to foot the bill for legal fees and KPMG’s Forensic Investigation – which cost more than $165,000 to defend our community against these allegations. That works out to a 1.5% on the Pelham portion of your tax bill! Or, put another way, we could have reduced your Town taxes by 1.5% this year had we not had those expenses…

What do you think? Now that we have been cleared of all allegations, should we ask the Region to pay for these out-of-pocket expenses? Please let me and/or your Town Councillor know this week – because this will be discussed during our May 22 Town Council meeting.

Now that the Town has been cleared yet again, Council and I look forward to completing the Community Centre on time and on budget, to our upcoming award-winning festivals and events season, and to focusing on other measures to enhance the quality of life for residents.


You may contact Mayor Dave at mayordave@pelham.ca or read past columns at www.pelhammayordave.blogspot.ca .
Posted by Mayor Dave Augustyn