More Wins for the Spears 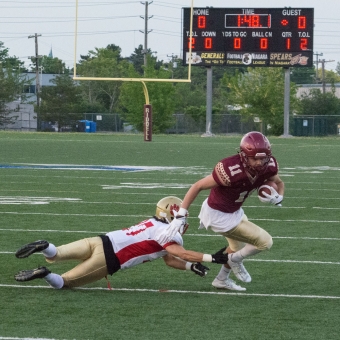 Niagara Spears getting it done!

Niagara Spears Jr Varsity battled to a 21 to 14 Ontario Provincial Football League win over Cambridge Lions at Kiwanis Field in St. Catharines Friday evening.Quarterback Devon Schiller-Cleveland completed one TD pass to wide receiver Owen Tofano and a second TD past to running back Jacob Succar who also scored a rushing TD in the first quarter. Chris Bianco converted all 3 TD 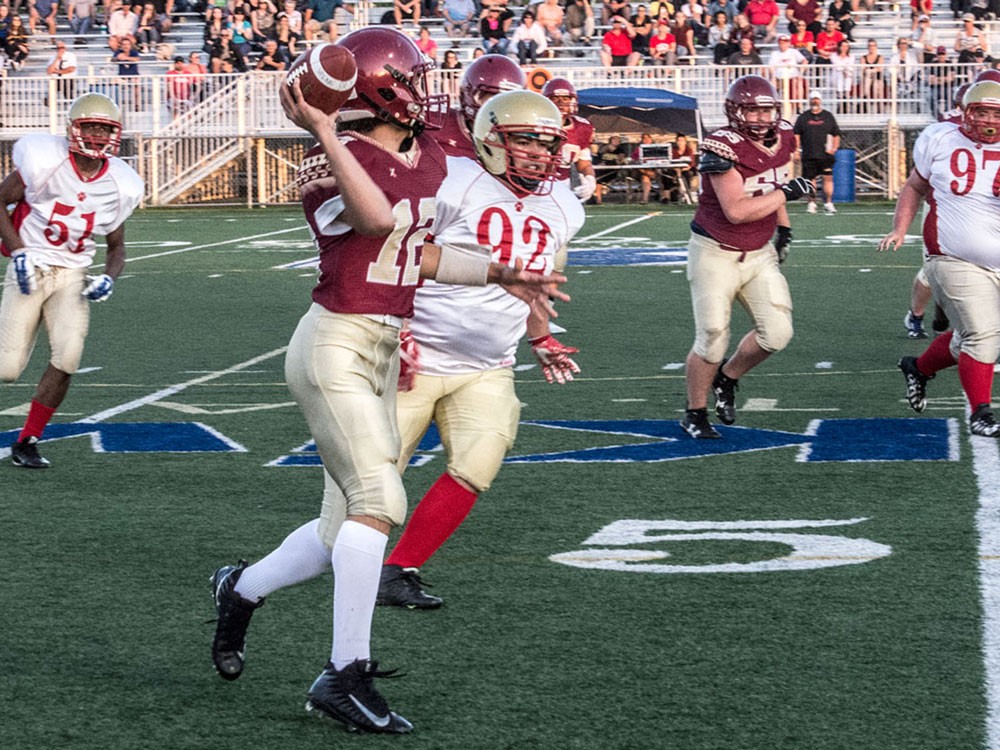 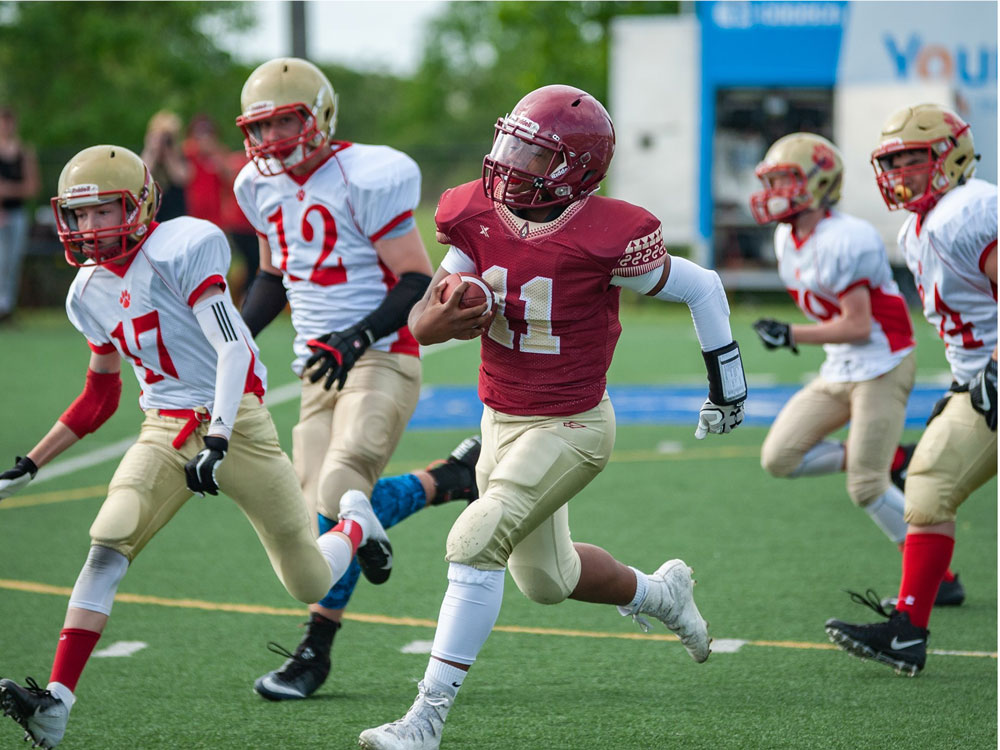 Photo:
Marshall McCray about to score one of his 3 TD’s
Photo by Scott Woodland 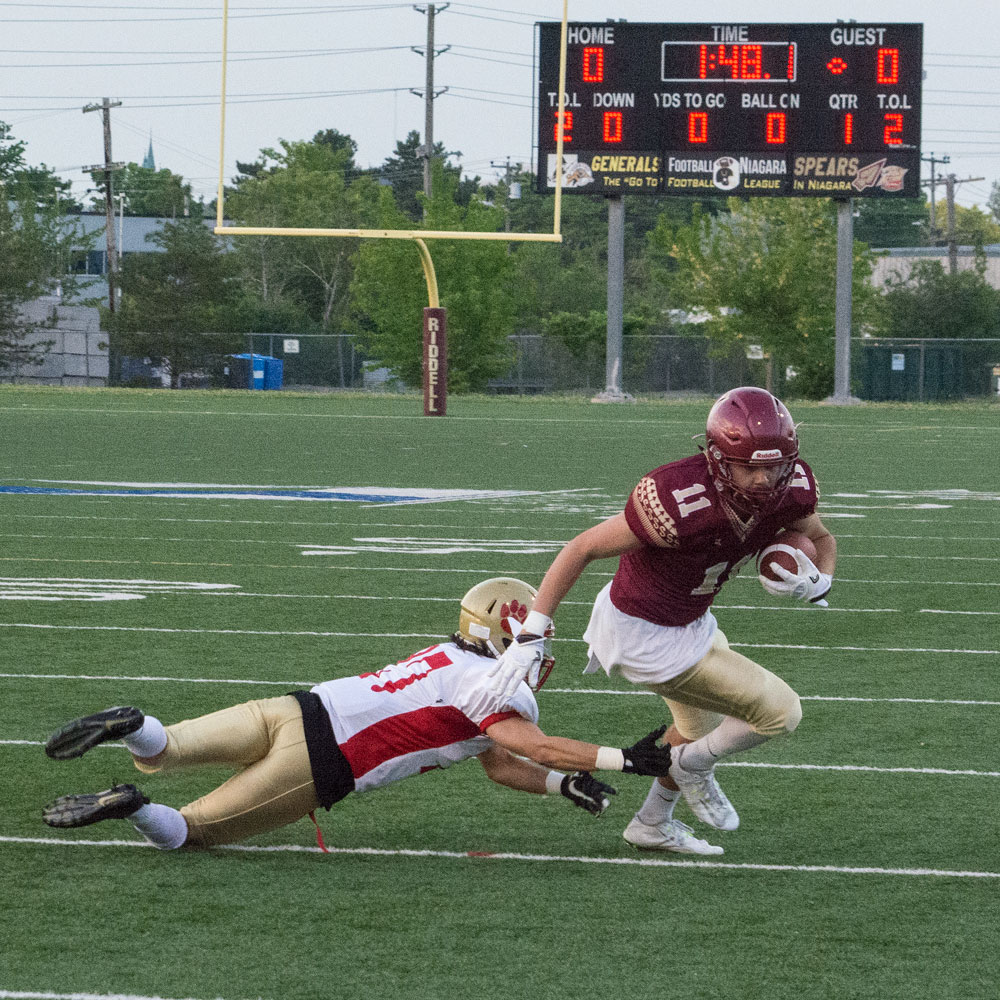 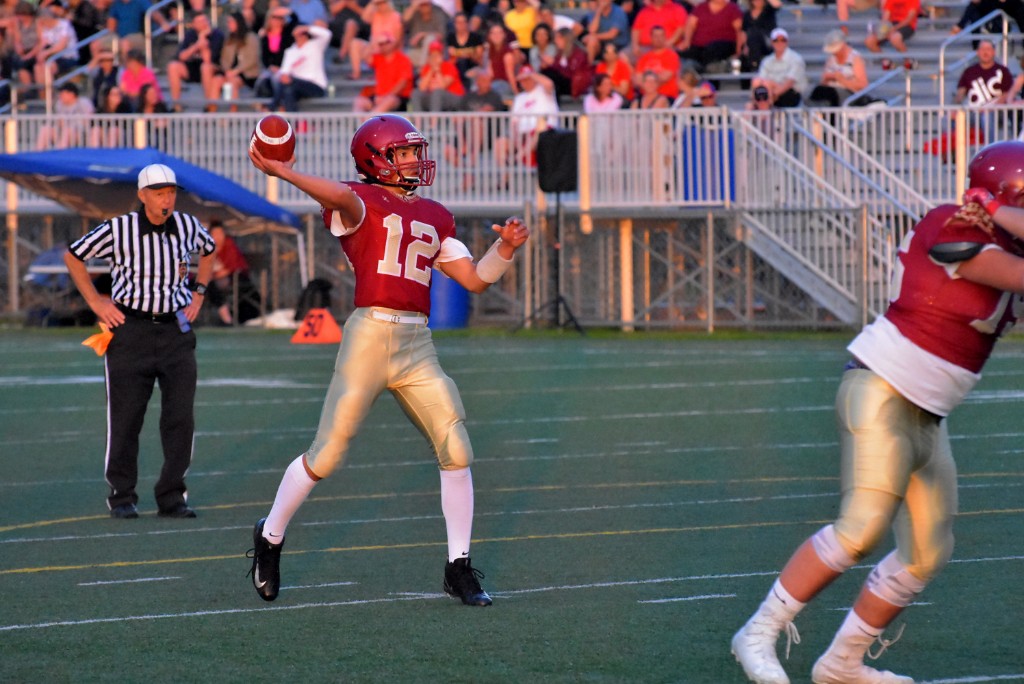 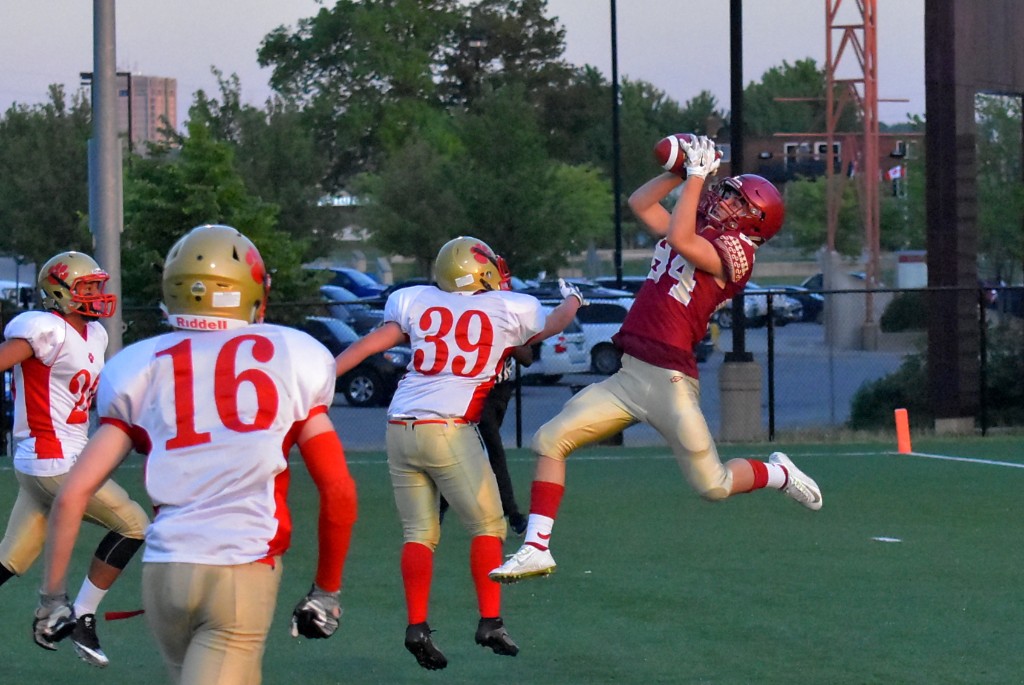 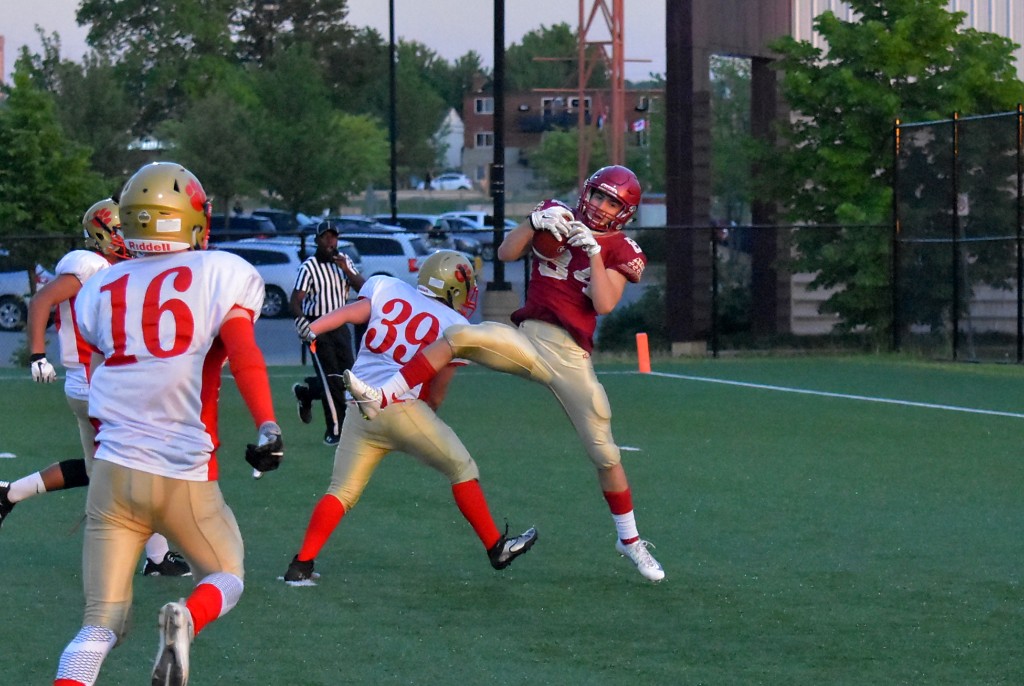