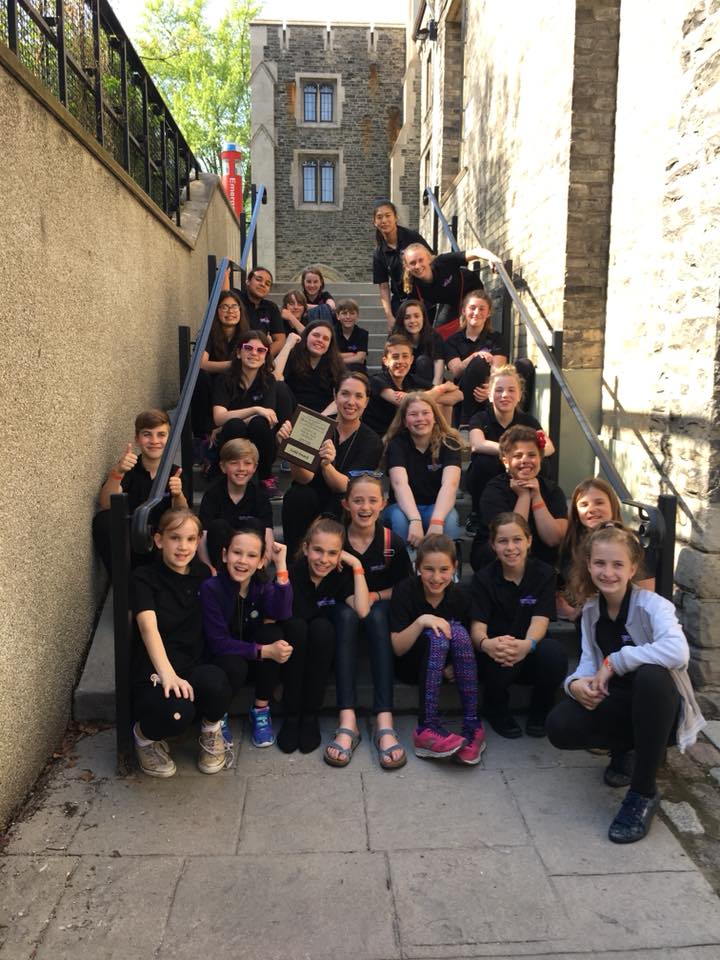 The 46th Annual MusicFest Canada was hosted from May 14-19, 2018 at the University of Toronto (Victoria University, Faculty of Music, Emmanuel College). During the week-long event full of music, learning, and fun, MusicFest inspired thousands of young musicians from across Canada and presented, in concert, some of the most outstanding artists and ensembles in North America. Chorus Niagara Children's Choir was required to qualify at the provincial level first before they were invited to compete at MusicFest. MusicFest is a national competition showcasing some of Canda's best ensembles.

Of their exciting win, Ms. Nelli notes “I am so proud of these kids It was so rewarding to see the fruition of their hard work from the beginning of September. To win an award at a national level like this is a huge accomplishment for these young singers. I am excited to see what the future holds for this group of lovely and talented kids, and it’s a privilege for me to be a part of it."

Entering into its 46th celebration year, MusicFest Canada “The Nationals” brings thousands of students and educators from across the country together, over a one-week period, to celebrate excellence in musical performance. Not only does MusicFest Canada showcase the talent and knowledge of esteemed clinicians and adjudicators from across North America, it also showcases Canada’s own landscape by hosting the festival in a different metropolitan city each year.

Initially founded in 1972 as the Canadian Stage Band Festival (CSBF), the festival was a major force in the development of the stage band (an institutionally-based jazz ‘big band’) in Canadian high schools and universities. The CSBF added vocal and concert band components in 1981 and 1986 respectively and String/Orchestras in 2008. MusicFest Canada, originally introduced in 1987, embraced the original Canadian Stage Band Festival as well as the Concert Band and Choral/Vocal divisions.

CNCC is a growing part of the Chorus Niagara family. A dynamic choir for children ages 4 – 16 years of age; members are introduced to the basics of choral singing as they prepare for concerts. The choir is comprised of four smaller choirs – Training Choir, Intermediate Choir, Concert Choir, and Chamber Choir. The smaller choirs sing separately and together, learning and performing music that is appropriate for their age and skill level.

CNCC perform in their own concerts, as guests of Chorus Niagara, Niagara Symphony Orchestra, Choralis Camerata and other arts organizations. CNCC performs in Partridge Hall at the FirstOntario Performing Arts Centre in St. Catharines as well as a variety of other venues.Chorus Niagara Children’s Choir offers children in the Niagara region the opportunity to develop their musical knowledge, build relationships and share their love of music with others. Choir members receive a broad musical education which includes sight singing, ear training, music theory and vocal technique. The goal is to build a confident community of young singers who love to sing.

The Chorus Niagara Children’s Choir is accepting registrations for their 2018/19 season. All children between the ages of 4 – 16 are welcome to sing with the choir. No auditions are required.