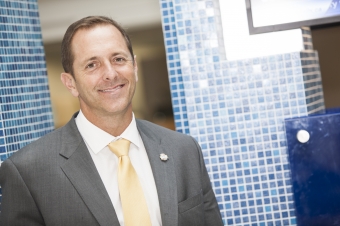 Jim Diodati was first elected Mayor in 2010 after serving as a City Councillor from 2003. He is currently serving his second term as Mayor of Niagara Falls.

Jim is serving his second term as Mayor of Niagara Falls. He was first elected mayor in 2010 after having been a City Councillor since 2003. Jim’s enthusiasm for Niagara Falls is infectious. He is a true ambassador and the City’s biggest fan! He knows the great value that comes with the iconic Niagara Falls and brings that inspiring energy to every new project. Having been a life-long resident, Jim recognizes the great potential of our community and believes it is full of outstanding people doing incredible things!

As a lifelong entrepreneur, Jim understands what it takes to make a business successful and he brings that knowledge and commitment to the office of the mayor. He believes in catching people doing things right and encouraging them to keep up the good work!

He knows that the best is yet to come for the City of Niagara Falls and after being re-elected in 2014 with more than 80% of the vote, he is committed to seeing important projects through to fruition that will strengthen our community.

He is on an inspired journey leading our City and is taking us along for the ride!