A volunteer's submission of the Henley Regatta 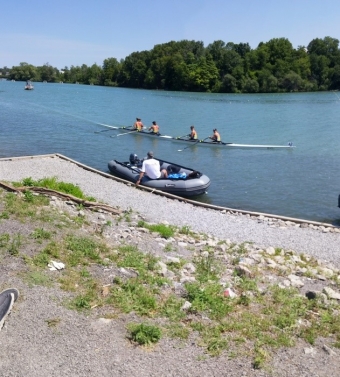 A volunteer's submission from the 134th Henley Regatta.

Mick Jagger says you can’t always get what you want in one of his famous songs.

Some athletes just missed the mark to be an Olympian at this year’s Olympics in Rio.  There will always be next time.

However for some individuals four years is a long time to wait.  That is why there is an alternative. Why not a Henley Gold?

Monday, last week marked the opening ceremonies of the 134th Henley Regatta. The Regatta being almost has old as Canada which turns 150 in 2017.  The annual event takes place on the water in beautiful Port Dalhousie.  Participants in this year's events travelled from as far away as Africa.  Australia, England, Brazil and the United States all in hope of bringing home a Henley Gold. It's almost like having the Olympics in your own backyard minus a few sports.

This was my fourth time volunteering with the Royal Canadian Henley Regatta. The atmosphere is fun and you get to work with an amazing group of people. The races continue until Sunday when trophies and awards will be presented to the individuals and teams.