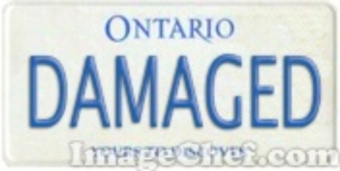 During the summer and fall of 2017, the Traffic Enforcement Unit of the Niagara Regional Police Service will be undertaking a project to address the growing number of unreadable licence plates on motor vehicles in the Niagara Region.

THE PROBLEM OF DEGRADED LICENCE PLATES
There has been a drastic increase in the number of plates that are suffering from peeling, fading, blistering and rusting, rendering them difficult or impossible to read. Much of the problem is the result of a manufacturing defect that caused plates to prematurely degrade, and although such degradation is not the fault of motorists, the frequency of unreadable plates has made the situation problematic.

PLATES MUST BE READABLE
It is important that police are able to readily identify vehicles from the front and back to ensure compliance with the law. But just as important, members of the general public often use licence plates to report vehicles used in crimes. Also, many toll and border systems automatically read licence plates and require a clear image.

POLICE TO ADDRESS THE PROBLEM
As a result, the NRP officers will be embarking on a project to induce motorists to voluntarily replace plates that are degraded. The purpose of the project is to correct the problem amicably by prompting motorists to take their degraded plates to a ServiceOntario centre for replacement. Initially, police will not be charging motorists with the offence, though motorists are reminded that section 13(2) on the Ontario Highway Traffic Act does require motorists to ensure that their licence plates (called "number plates" in the Act) are readable and correctly displayed.

5-YEAR MANUFACTURER'S WARRANTY ON PLATES
If the lamination on the plate(s) is peeling or bubbling, motorists are asked to visit a ServiceOntario centre to get them replaced. In many cases, the plates will be replaced at no charge. Ontario licence plates are covered by the manufacturer-warranty for up to 5 years under normal wear and tear. If the lamination started peeling and bubbling within five years of getting the plates, the manufacturer warranty applies and the motorist will receive the replacements at no charge. Otherwise, there is a $57 fee to replace them.

HOW TO GET REPLACEMENT PLATES
For replacement, both plates must be taken to a ServiceOntario centre in addition to:
identification (e.g. drivers licence)
proof of valid insurance
the vehicle permit (plate and vehicle portions)

Plates are replace on the spot, with new numbers, unless the plate in a personalized plate in which case the original numbers and letters are reissued.


The project has three phases:

1) EDUCATION PHASE (June) Though a series of spot checks across the region, police officers will stop motorists who are operating motor vehicles that have one or both plates degraded to the point where the officer cannot readily read the entire plate. Motorists will be given a short handout explaining how to replace their plates. Drivers will be advised that although it is an offence to drive with plates that cannot be read, the intent of the education phase is to prompt them to take the initiative to replace their plates on their own accord. During this phase, police are not keeping records of what motorists have been stopped; the intent is simply to inform the public and to prompt voluntary compliance.

2) WRITTEN WARNING PHASE (July) The warning phase still has officers conducting spot checks, but motorists stopped will be issued written warnings for the offence. The driver and vehicle information, and the particulars of the traffic stop, are kept in the police database. Drivers are still prompted to replace their faulty plates voluntarily.

3) ENFORCEMENT PHASE (August and Thereafter) Police will continue to monitor the status of plates on motor vehicles, but non-compliant drivers who have already received a written warning in the Warning Phase will be ticketed if stopped subsequently. The fine for driving with obscured plates is $110 and has no demerit points.

Drivers stopped for the first time in this phase who have not previously been given a written warning will be issued a written warning and given ten days grace to replace their plates. If they are stopped subsequently, they are also subject to being charged with the offence.

It is hoped that this tiered approach will give motorists ample opportunity to replace their plates without getting a ticket.