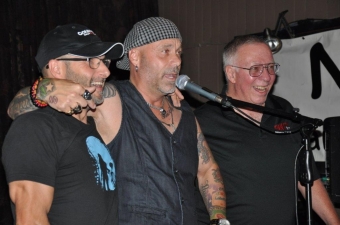 What a night it was, media, musicians, friends, family and sponsors all in attendance for the launch of the 11th Annual Niagara Music Awards.  The Niagara Music Awards celebrates the best musical talent in the Niagara Region by annually recognizing local artists by awarding prizes in various categories.

Todd Brown and Shane Neal MC'd the evening. In attendance were the crew from GiantFM and Country89, last year's winners Brad Battle, and Mark James of Vaiana, 2017 NMA New Artist of the Year. to mention a few.  Those in the running this year were offered the opportunity to be interviewed and submit for the Title Awards of:


Grand Prizes for 2018 MMA Overal Winner include performance at Feast Street in Welland during Niagara Music Week, a paid gig at Monty's Gastropub, a press release and custom designed media kit and a $100 gift card.

Visit https://niagaramusicawards.ca/showcase2018/  for showcase dates and locations. And From Sat Sept 22 through Sun Sept 30 check out all the entertainment happening throughout Niagara. The Niagara Music Awards, will kick off this week long series of events, ending with the 11th Anniversary of the Red Carpet Event on September 30th.

In the photos below: