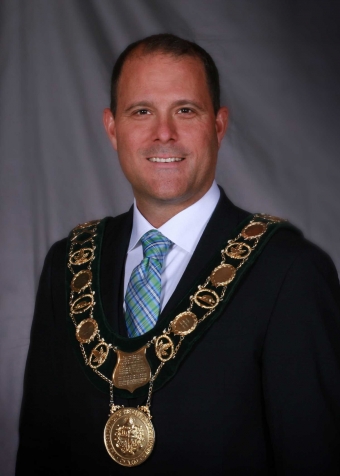 In 2014, as a first time candidate for political office, Walter Sendzik was elected as Mayor of St. Catharines.

Walter Sendzik was born and raised in St. Catharines. In 2014, as a first time candidate for political office, he was elected as Mayor of St. Catharines. Prior
to this, Walter was the Chief Executive Officer of the Greater Niagara Chamber of Commerce. During his seven years at the Chamber, Walter led the evolution of the local chamber into a truly Niagara Chamber with more than 1,400 members. Under Walter’s leadership, the GNCC established itself as the largest business organization in Niagara, and the third largest in Ontario. It is also the only Chamber in Niagara to receive accreditation with distinction for operational excellence by the Canadian Chamber of Commerce.

Prior to the Chamber, Walter founded Vines Publishing and built it into company that specialized in wine and travel magazines and wine books before selling the company in 2005.

He holds a Masters from McGill University and a hon.BA from Wilfrid Laurier University. Walter is a former board member of LCBO – in which he chaired the Governance & Compensation Committee; he is a board member with the Hotel Dieu Shaver Hospital and Niagara College Board of Trustees. In 2008, he was award the Bernie Gillespie Award by the Ontario Chamber of Commerce as the top executive of the year. He is also a recipient of the Top 40 Under 40 Award in Niagara. Walter has co-authored five books including Vines: The Buyer’s Guide to Canadian Wine and he wrote The Insider’s Guide to Niagara
Wine Country.