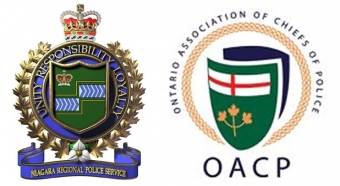 (Toronto, ON) Ontarios police leaders and the Chief Coroner for Ontario today warned that Ontarians continue to face a deadly threat to public health and safety as a result of a spike in deaths believed to have been caused directly or indirectly by the illegal acquisition, distribution, use, and misuse of the prescription pain medication fentanyl.

Dr. Dirk Huyer, the Chief Coroner for Ontario, joined police leaders at the start of a two-day training symposium in Toronto today organized by the Ontario Association of Chiefs of Police (OACP) for front-line police officers and border security personnel.

According to the Chief Coroners office, preliminary figures for opioid-related deaths in the province for 2015 show that fentanyl was involved in 165 deaths, up from 154 the previous year and significantly up from 2010 when 86 deaths were reported. In contrast, Oxycodone-related overdoses were the leading cause of such deaths in 2010 at 174 fatalities. In 2015, 109 overdose deaths were related to Oxycodone. A total of 543 individuals lost their lives in opioid-related deaths in 2015.

While not as extreme as in other areas of Canada, particularly British Columbia, Ontario is seeing an increase in fentanyl deaths, said Dr. Huyer. It is my hope that through the collaborative efforts of our governments, public health, law enforcement, and front-line healthcare workers, we will soon begin to see a reversal in this alarming trend.

The OACP Substance Abuse Committee organized a two-day symposium on November 30 and December 1 for more than 450 police officers and border security personnel to train them on the health and public safety challenges posed by fentanyl.

Providing training to our front-line officers as well as border security personnel is critical to ensuring our peoples safety, said Superintendent Ron Taverner (Toronto Police Service), Chair of the OACP Substance Abuse Committee. Our officers need to understand the dangers of fentanyl not only to themselves, but the people they serve. We want them to be in a position where their personal safety is guarded when it comes to fentanyl and that they can also help save lives.

In August, the OACP warned that communities across Ontario are increasingly reporting the presence of bootleg fentanyl in local illicit drug markets in both pill and powder formulations. Bootleg fentanyl is a high-dose, illicit opioid much more toxic than morphine, produced and distributed by the black market, and distinct from pharmaceutically produced fentanyl patches. More recently, liquid fentanyl has been found in Hamilton, another indication of the growing opioid crisis in Ontario.